This may come as a bit of a shock (clearly sarcasm), but the Twin Cities has now seen one of our top ten wettest years… and we still have 2 and a half months to go. 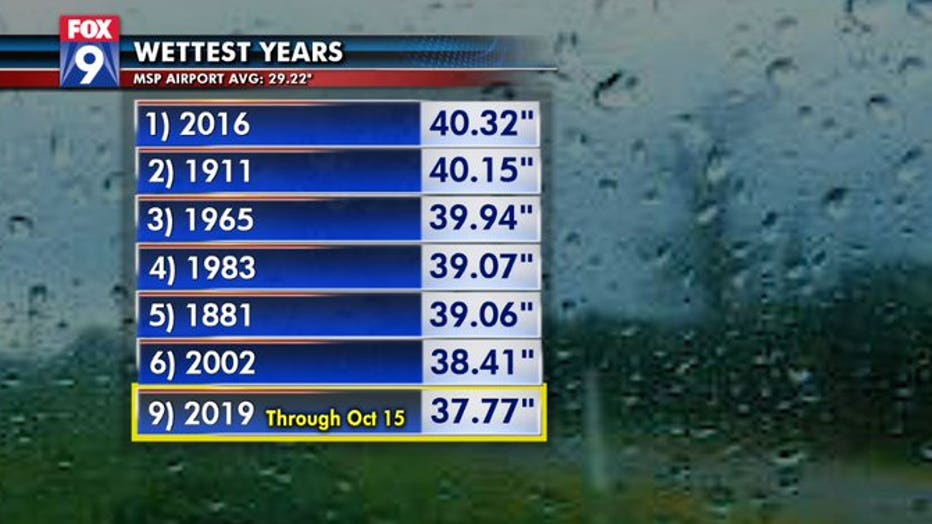 By the end of the day Tuesday, MSP Airport has racked up just shy of 38 inches of liquid precipitation since Jan. 1. That’s good enough for 9th place on the 148-year climate list.  That also puts us roughly 2.5 inches shy of the all time record set just three years ago. On average, the metro gets roughly four inches of liquid precipitation between now and the end of the year. This means that if we just get “normal” precipitation, we’ll absolutely smash the record. 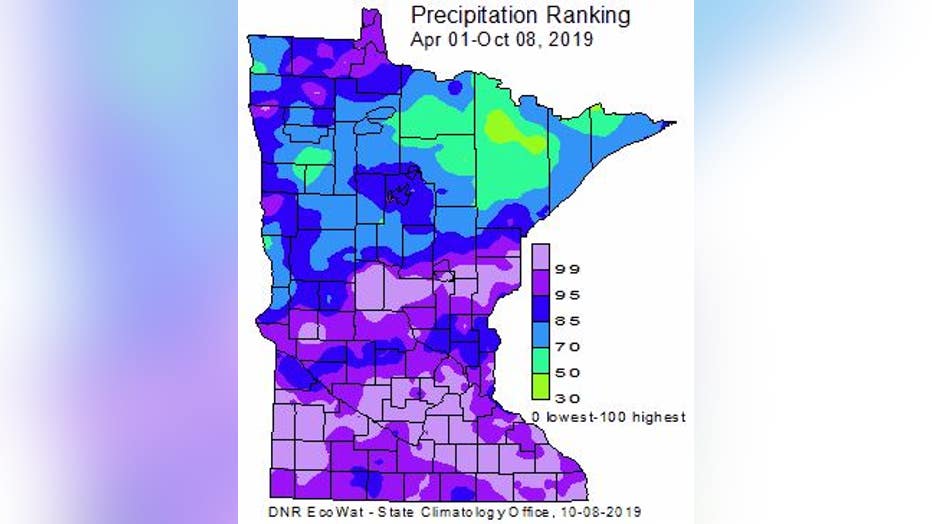 As you would imagine, the Twin Cities isn’t the only location having an exceedingly wet year. Most of the southern two thirds of the state is experiencing their wettest or top five wettest warm seasons since records began. Many areas from the Minnesota River Valley to La Crosse are experiencing moisture levels in the 99th percentile since April 1. What’s amazing though is that it’s been so wet for many, but parts of northeastern Minnesota have actually seen sub-average moisture for the year, especially areas in northern Cook County near and just south of International Falls.