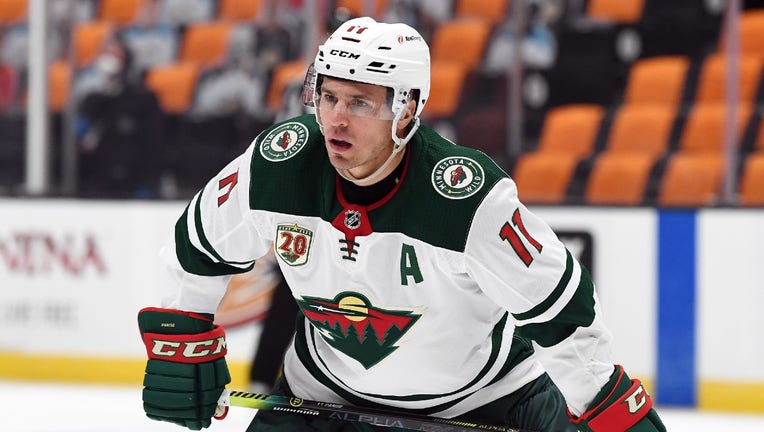 MINNEAPOLIS - After being a healthy scratch for the first time in his nine seasons with the Minnesota Wild earlier this week, Zach Parise is back in the lineup Friday night against the Arizona Coyotes.

Parise was benched for Wednesday night’s 5-1 loss at the Vegas Golden Knights. Near the end of regulation Monday night, Parise stayed out on the ice for more than 90 seconds as the Wild led 4-3. Trying to get Marcus Foligno his first career hat trick, Parise deflected but couldn’t clear a puck that the Golden Knights turned into the game-tying goal with 42 seconds to play.

The Golden Knights won the game two minutes into overtime. Coach Dean Evason told Parise Tuesday he would be a healthy scratch for Wednesday’s game. Evason said the two had a talk on Friday, and they’re ready to move forward.

Parise said Wednesday he spoke to the team after talking to Evason, and his teammates are 100 percent behind him. He called being a healthy scratch "disappointing" and didn’t agree with it, but it appears the team has moved on.

Parise admitted it’s been a frustrating start for himself personally. He’s scored just three goals and has nine points through 19 games. He’ll be on the ice Friday night against the Coyotes on a line with Nick Bjugstad and Kevin Fiala.

The Wild is looking to get back in the win column after losing in overtime Monday, then falling 5-1 Wednesday night in a game where they trailed 2-1 in the third period. The Wild fell to the No. 4 spot in the Honda West at 25 points, four behind Las Vegas for the top spot and three behind the St. Louis Blues.

The Wild have consecutive games against the Arizona Coyotes before returning to St. Paul for five straight at Xcel Energy Center. The team says it learned a lot from two games against the Golden Knights, despite only getting one point.

"Just have team confidence. We proved to ourselves that we can play with one of the best teams in the league and that we should think we are one of the best teams in the league. I think that’s how we should approach every game," defenseman Brad Hunt said. "We have such trust in each other in the dressing room no matter who is playing, and I think that’s building our team character. When we’re on our game, we can play with anybody in the league."