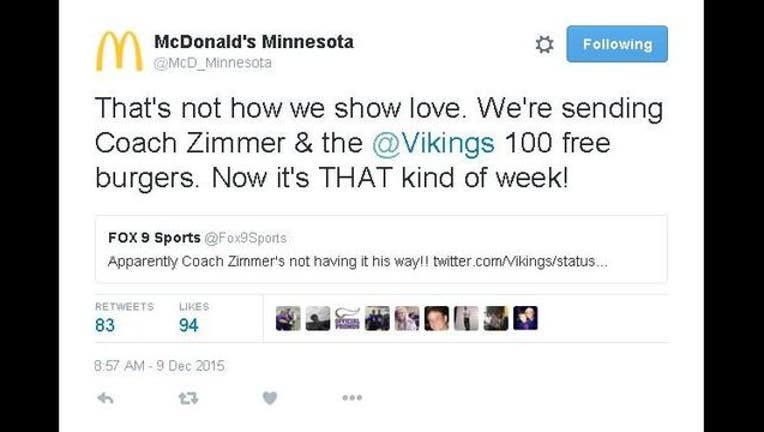 MINNEAPOLIS (KMSP) - It hasn’t been Mike Zimmer’s week, and it’s not just because the Vikings were completely trounced by the Seattle Seahawks at TCF Bank Stadium on Sunday.

During a press conference on Tuesday, Zimmer described a laughable snafu at McDonald’s, which seemed to only add insult to injury this week.

“I went to McDonald’s on my way home because I was hungry. I ordered two cheeseburgers and only got one. That's what kind of week it's been!" Zimmer laughed.

In the grand tradition of “Minnesota Nice,” the Minnesota McDonald’s Twitter account announced they’d be sending Zimmer and the Vikings 100 free hamburgers.