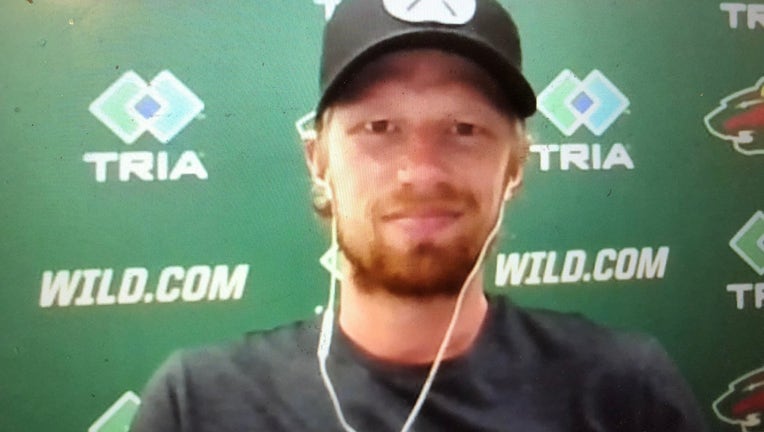 MINNEAPOLIS - Dean Evason likely had a late night Monday after the Minnesota Wild held its first training camp session at TRIA Rink, where they’ll be fir two weeks before heading to Edmonton to resume the NHL’s season.

But he wasn’t game-planning for the Vancouver Canucks, and it’s unlikely the night involved practice plans. He was busy on his cell phone getting back to congratulatory calls and text messages. Evason had just finished his first full day as the Wild’s new head coach, after General Manager Bill Guerin removed the “interim” label earlier in the day officially.

“To be honest with you, I didn’t know I had that many people, not only friends, but people that knew me and were able to text. So many wonderful messages and you get overwhelmed when something like that happens of how excited people are for you and for us and for my family,” Evason told reporters on Tuesday via Zoom. “I was overwhelmed.”

Guerin told reporters Monday he had planned on conducting a full coaching search, and was honest about that with Evason. The reality for Guerin is that the Wild was 8-4 under Evason before the NHL stopped play due to the Covid-19 pandemic. They were 7-3 in a 10-game stretch and were one point out of the Western Conference Playoffs at the time.

Guerin is confident he made the right decision, as Evason agreed to a two-year contract extension that will keep him in Minnesota through the 2021-22 season.

“This is the type of guy that we’re looking for and if he’s right under our nose right now, I didn’t really feel like I needed to go any further,” Guerin said. “I wanted Dean to be able to walk into the hub as the head coach and get rid of that interim tag. This is something that he’s worked long and hard for, and he’s earned it.”

Guerin and Evason met with the team before they hit the ice Monday for their first full-team session in more than four months. They went to the ice with new-found stability at the head coaching spot.

There were plenty of smiles and congratulations being handed out from players to Evason.

“We were happy for Dean, he’s put the time in. I know when he first got the job as the interim coach he was super excited. Now obviously having that removed and him getting the opportunity to coach an NHL team, it’s well-deserved,” Wild center Eric Staal said. “It’s a great chance for him and an opportunity to show what he can do as a head guy.”

Tuesday, it was back to business on the ice as the Wild ramped things up in Day 2 of training camp at TRIA Rink. The pace picked up, and they worked on various forms of odd-man rushes.

Evason says it’s a slow ramp up before they start bumping and making more physical contact, with Edmonton looming in about two weeks. It’s not a typical training camp, where players would be scrimmaging by the third or fourth day.

The Wild’s first planned scrimmage is set for Saturday, and they’ll make adjustments from there. Evason likes what he sees so far through two days.

“We really liked the pace of practice. If you watched today, we got a little bit more battle,” Evason said. “We try to get really, really good pace for 20 to 25 minutes that we’re going and then we slow it down, play some hands games to get that end of it.”

Staal said the pace has been good, and the first week is especially important for players who haven’t had as much access to ice over the last four months due to the Covid-19 pandemic.

“I’ve had a lot of practices over my career and I feel like both practices were designed well for the layoff that we’ve had and kind of getting up to speed,” Staal said.

The Wild will use every second of the next two weeks to get themselves as ready as possible for the hub experience in Edmonton, starting with a best-of-five series against the Vancouver Canucks.

There will be more scrimmages next week, and the intensity will pick up with each day. It will be a different experience playing without fans and being quarantined in a hotel, but at the end of the day, it’s about scoring goals and winning games.

“It’s still hockey, it’s still a game and we know the style and pace we want to get to. Guys are willing, excited and we’ll make sure we’re ready to go once we start for real,” Staal said.