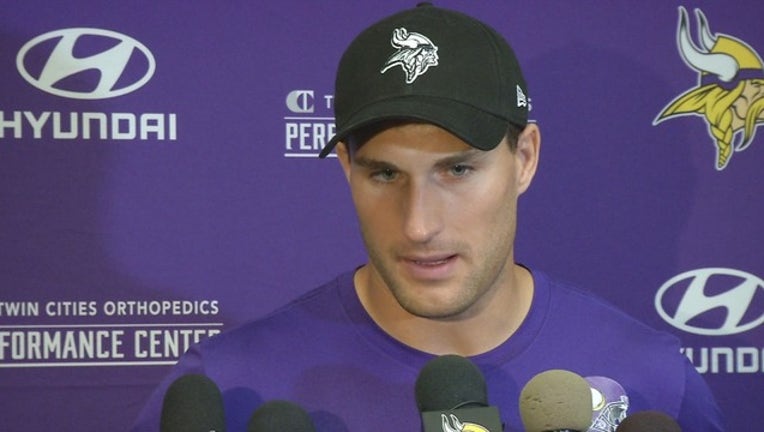 EAGAN, Minn. (KMSP) - The Minnesota Vikings are just four days away from kicking off the season with their brand new quarterback, Kirk Cousins.

On Wednesday, the coaching staff installed the plan for Sunday’s game against the San Francisco 49ers. Cousins was taking snaps at practice from center Brett Jones, who appears to be the starter on Sunday. Pat Elflien, who had been on the PUP list, was at practice, but was limited in what he was allowed to do.

Cousins said he will make the best of the situation no matter who is under center Sunday.

“It’s not ideal, but it is what it is,” Cousins said. “We’re not going to dwell on what we can’t control. We’re going to focus on what we have and making the best out of it. I’m excited to build a rapport with Jones and the rest of the O-line so that hopefully we can develop a continuity as the season goes on.”

The Vikings open their season against the 49ers Sunday at U.S. Bank Stadium.