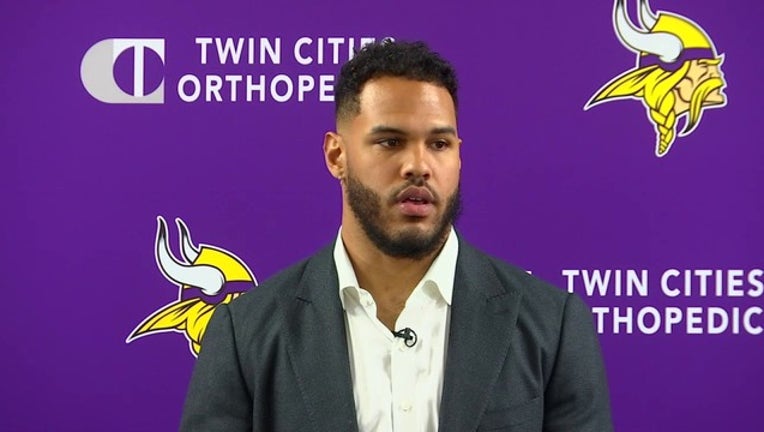 MINNEAPOLIS - Five days after George Floyd died in an officer-involved death in Minneapolis, NFL Commissioner Roger Goodell released a statement on the matter as black athletes across the country expressed anger and frustration over social injustice on social media.

Floyd, an unarmed black man on the ground handcuffed, died after Minneapolis police officer Derek Chauvin had his knee on Floyd’s neck for nearly nine minutes. At one point, Floyd screamed for help and shouted, “I can’t breathe.”

Chauvin was arrested three days after the incident and charged with third degree murder and manslaughter. The incident sparked both peaceful and violent protests for the past week in Minneapolis and St. Paul, including at U.S. Bank Stadium, the home of the Minnesota Vikings.

Goodell released a statement on Saturday:

"The NFL family is greatly saddened by the tragic events across our country. The protesters' reactions to these incidents reflect the pain, anger and frustration that so many of us feel.

"Our deepest condolences go out to the family of Mr. George Floyd and to those who have lost loved ones, including the families of Ms. Breonna Taylor in Louisville, and Mr. Ahmaud Arbery, the cousin of Tracy Walker of the Detroit Lions.

"As current events dramatically underscore, there remains much more to do as a country and as a league. These tragedies inform the NFL's commitment and our ongoing efforts. There remains an urgent need for action. We recognize the power of our platform in communities and as part of the fabric of American society. We embrace that responsibility and are committed to continuing the important work to address these systemic issues together with our players, clubs and partners."

Barr said, “What actual steps are you taking to support the fight for justice and system reform? Your statement said nothing. Your league is built on black athletes. Vague answers do nothing. Let the players know what you’re ACTUALLY doing. And we know what silence means.”

Kendricks said, “You can’t bring in people to teach us how we should interact with police but not work towards changing the behavior of the police themselves. Silence will not make this go away.”

Barr and Kendricks made it clear they want to donated to initiatives that fight social injustice, but they want to do more. They want to work with local organizations to help facilitate change, but they are seeking answers at the league level.

“I want to express my deepest condolences to the family and friends of George Floyd as well as the entire community for his senseless death. Peaceful protests can help bring change, and we definitely need change so we can all live in harmony. Everyone needs to respect each other’s ideas and work to together to strengthen, not weaken, our community. I believe our football team is an example of how people from all different backgrounds and experiences can come together for a common goal.”

Floyd, in addition to working security at a Minneapolis bar, was known to work security for Vikings home games.