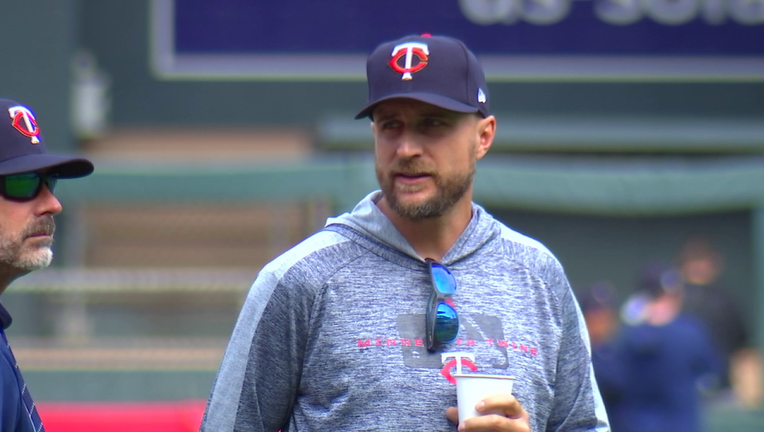 MINNEAPOLIS - The Minnesota Twins face the Baltimore Orioles to end a four-game series Thursday night, and the Twins are dealing with a potential COVID-19 situation.

Baldelli, Arraez and Bundy will not be at Thursday’s game, and the team is undergoing testing for players who are exhibiting symptoms. Jayce Tingler, the Twins' bench coach, will serve as manager for the series finale at Baltimore. MLB protocols state anyone who tests positive has to wait two days before undergoing another test. They then need to produce negative results on consecutive days and receive approval before returning to the team.

Sickness appears to be going around the Twins’ clubhouse, as Max Kepler is also dealing with a non-COVID illness.

Arraez played second for the Twins in Wednesday night’s 9-4 loss to the Orioes and went 1-for-2 with two walks and a strikeout. Bundy got the start Wednesday and pitched 3 2/3 innings, allowing nine runs on seven hits. Bundy won his first three starts of the season, and has now lost his last two.

The Twins are scheduled to return home Friday for a nine-game home stand at Target Field against the Oakland Athletics, Houston Astros and Cleveland Guardians.

The Twins are also without Miguel Sano, who is scheduled to have surgery this week to repair a torn meniscus in his left knee. There is no timetable for his return.

The loss snapped a four-game win streak, and the Twins are 15-10 on the season. They have a 3.5-game lead over the Cleveland Guardians in the American League Central Division. It appears that the Twins and Orioles will go on as scheduled, pending additional positive COVID-19 cases.