(FOX 9) - One game after starting its preferred five-man lineup for the first time since Dec. 15 due to COVID-19 quarantines, the Minnesota Timberwolves still proved to be no match for the rebuilding Oklahoma City Thunder – earning a 135-105 win – with a scoring total just nine points shy of a franchise record. 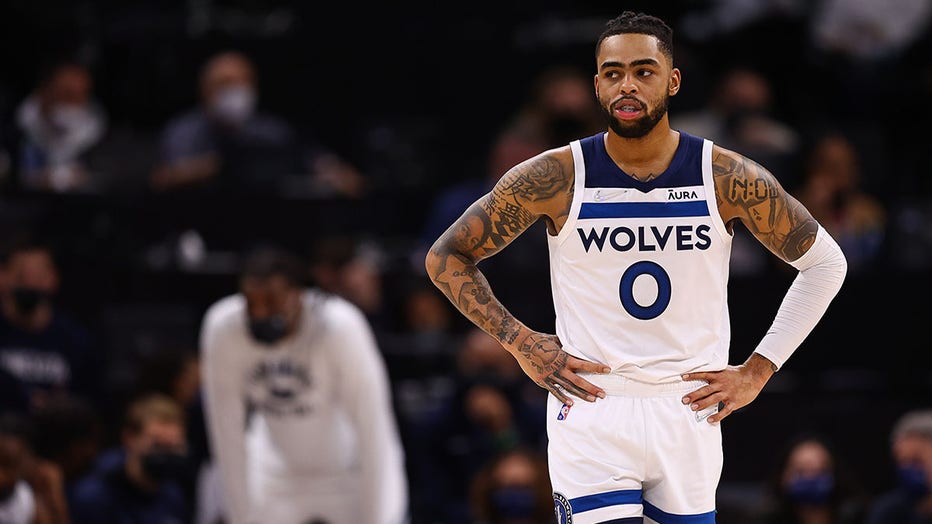 D'Angelo Russell #0 of the Minnesota Timberwolves during the game against the Oklahoma City Thunder at Target Center on January 5, 2022 in Minneapolis, Minnesota.

D’Angelo Russell found his shot again after struggling to score Wednesday, putting up 27 points to go with 12 assists. As the other members of the "big three," Karl-Anthony Towns scored 19 points (with eight rebounds) and Anthony Edwards scored 24. The three scored a combined 70 points for the Timberwolves. Jarred Vanderbilt made sure the opportunities kept coming, tallying 16 rebounds and 11 points of his own.

Luguentz Dort led the Thunder with 18 points after being sidelined Wednesday.

The Wolves started the game with an 8-0 run, and led 32-28 after one with 17 early points from Edwards. That lead grew to 73-57 at the half. Minnesota led by as many as 24 in the third quarter, and had 30 assists by the start of the fourth.

With a 34-point lead and 6:21 to play, the Wolves rested Russell and their starters for the rest of the night. A newfound consistency has resulted in the Wolves winning games that were sometimes ugly, but in the end a win – contests they would have found a way to lose in the past.

The Wolves will work to continue the streak against the 11-28 Houston Rockets on Sunday.