MINNEAPOLIS (FOX 9) - Thursday Night Football is coming to Minneapolis as the Vikings host Washington in an NFC clash.

FOX 9 has you covered all night long:

Thousands will fill U.S. Bank Stadium for the matchup, but outside, protesters will rally to call on Washington to drop its “Redskins” mascot. Washington has faced scrutiny for years over the continued use of Redskins as its team mascot.

David Glass, the president of the National Coalition Against Racism in Sports and Media and a member of the White Earth Nation, argues it’s time Washington and the NFL said goodbye to the name.

As Washington comes to Minnesota to take on the Vikings on Thursday Night Football, a rally has been set to call on Washington to drop the Redskins mascot.

"We don’t say it," explained Glass. "It’s the ‘R’ word. It’s the ‘R’ word for us. Like ‘N’ word is for the African-American community. It’s a dark piece of history. It’s very offensive."

Glass explained the term dates back hundreds of years to a period where American Indians were slain and their killers paid for the scalps.

Lt. Gov. Peggy Flanagan announced she will attend the rally as will Minneapolis Mayor Jacob Frey.

The coalition rallied at TCF Bank Stadium in 2014 -- the last time the Vikings and Redskins squared off in Minnesota.

The Vikings are red hot, winning three consecutive games. They are looking for a fourth-straight win against the lowly 1-6 Washington team that fired its head coach just two weeks ago.

Kirk Cousins faces his former team for the first time on Thursday Night Football on FOX. Minnesota Vikings vs Washington Redskins kicks off at 8:20 p.m. ET.

3. Familiar faces: Cousins, Keenum and Peterson face off against their old teams

Thursday’s game features a number of familiar faces on both sides of the ball.

The last pass Keenum threw at U.S. Bank Stadium was the "Minneapolis Miracle" touchdown to Stefon Diggs in the NFC Divisional Series in January 2018.

Some Burnsville residents will also recognize Washington Center Chase Roullier. The 26-year-old graduated from Burnsville High School in 2011. He will be wearing number 73 for Washington Thursday night. 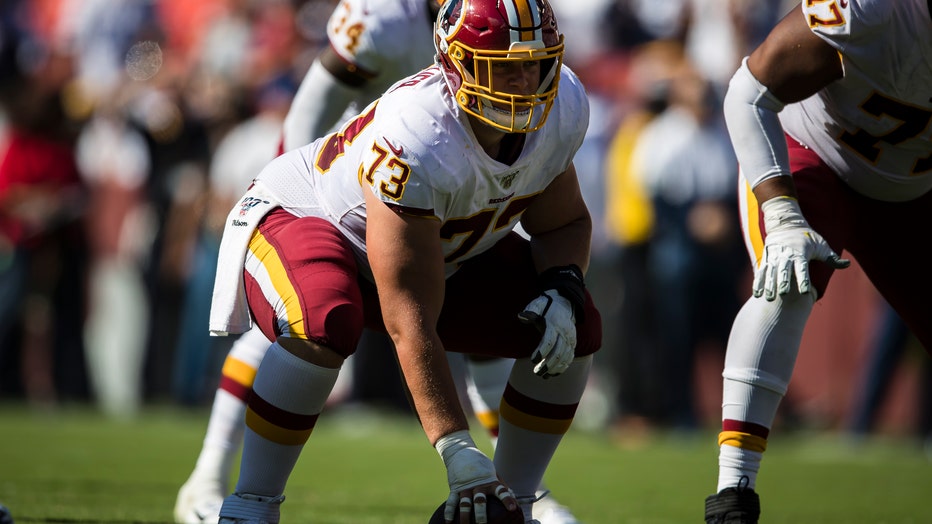 Chase Roullier #73 of the Washington Redskins prepares to snap the ball against the Dallas Cowboys during the second half at FedExField on September 15, 2019 in Landover, Maryland. (Scott Taetsch / Getty Images)

While heavy favorites Thursday, the Vikings will be without star Wide Receiver Adam Thielen, who suffered an injury after a touchdown catch in Detroit Sunday afternoon.

The news of Thielen’s absence devastated a Coon Rapids girl named Brooklyn Wednesday, leading to this adorable video taken by her mother.

7-year-old Brooklyn might just be Thielen's biggest fan, which made the news that he's missing Thursday's game that much harder to hear.

The Vikings will be donning their “Primetime Purple” color rush uniforms Thursday night as well.

It’s just the sixth time in franchise history that they’ve worn all purple and the first time since 2016.

7. Steve Jordan inducted into the Ring of Honor

Former Vikings TE Steve Jordan will be inducted into the Vikings Ring of Honor Thursday night. 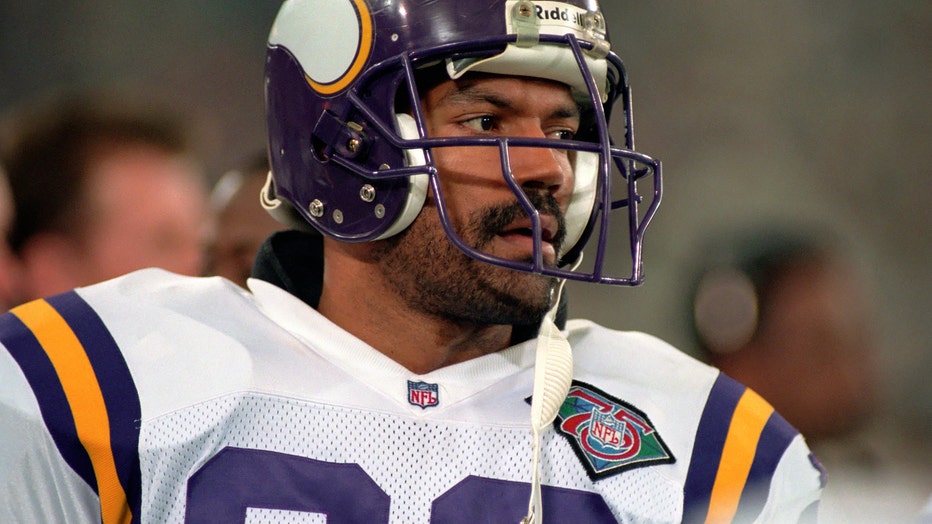 Tight end Steve Jordan #83 of the Minnesota Vikings looks on from the sideline during a game against the Detroit Lions at the Pontiac Silverdome on December 17, 1994 in Pontiac, Michigan. The Lions defeated the Vikings 41-19. (George Gojkovich / Getty Images)

He spent 13 years in purple in the 1980s and 1990s, catching nearly 500 passes. He is third in franchise history in receptions. The six-time Pro Bowler will be the 25th member of the Ring of Honor.

The Vikings released the following statement about the scheduled protests: