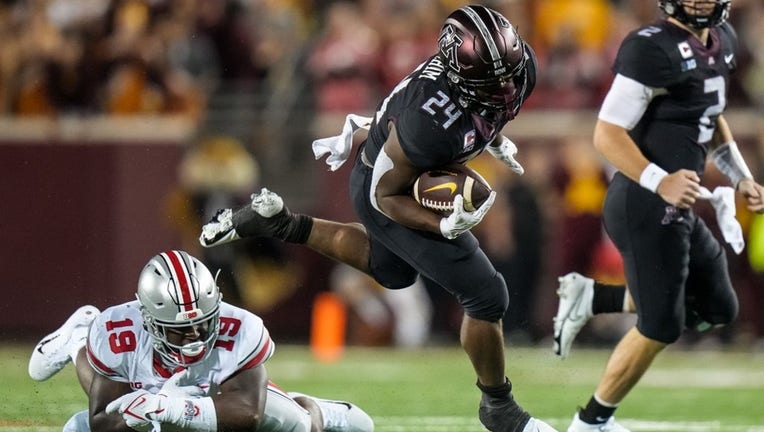 Gophers coach PJ Fleck said on the spring football edition of his KFAN Radio show that Mo Ibrahim and Trey Potts will not play in the scrimmage. The Maroon team will face the Gold team at 1 p.m. Ibrahim, as he has been doing throughout his Minnesota career, is observing Ramadan during spring football. It requires fasting sun-up to sun-down.

Ibrahim, the 2020 Big Ten Running Back of the Year, ran for 164 yards and two scores before suffering a season-ending leg injury in the 2021 opener against Ohio State. Ibrahim is back healthy, and has been taking limited reps in the spring season with limited contact. Potts ran for 552 yards and six touchdowns in 2021 before suffering a season-ending injury in a win at Purdue.

The injury, which has not been made public, required Potts to be hospitalized for nearly a week before returning to Minneapolis. Potts has taken individual reps throughout the spring, and is expected to be cleared to play by the fall. There’s no reason to risk an injury to Ibrahim or Potts in a scrimmage.

With Ky Thomas and Mar’Keise Irving each transferring, expect Zach Evans and Jordan Nubin to get carries on Saturday.

Also on his radio show, Fleck also lauded the spring seasons for tight end Brevyn Spann-Ford and linebacker/safety hybrid Michael "Flip" Dixon. Spann-Ford, a big target at tight end, had 23 catches for 293 yards and a touchdown last season. Dixon had 12 tackles and an interception in 13 games last season. In spring practices open to the media and public, Dixon has returned an interception for a touchdown and had a tackle for loss.

The Gophers are practicing Tuesday and Thursday before the spring scrimmage. Fleck has close eyes on the forecast, which for Saturday calls for a high in the 50s and a chance for rain showers. The forecast could cause the game to be moved indoors, which would limit fan capacity. Last year, nearly 10,000 fans took in the Spring Game.

"This is all about getting our players who haven’t necessarily played a lot of football inside Huntington Bank Stadium, and have it on game day to get them a lot of experience to do that. This is a great opportunity for a lot of true freshmen, a lot of young players, a lot of the future of Gopher football for our fans to be able to see," Fleck said. "We’re going to find a way to make it as game-like as we possibly can."