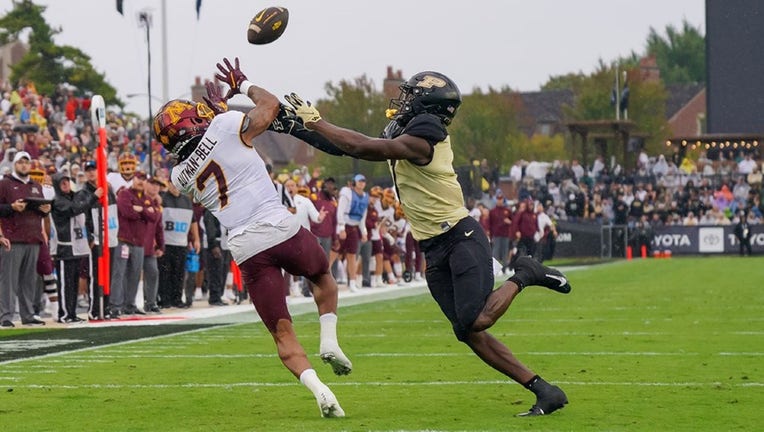 MINNEAPOLIS - Fresh off its first national ranking of the season and a new contract for the head coach, the University of Minnesota football team hosts Illinois on Saturday at Huntington Bank Stadium.

On Thursday, PJ Fleck agreed to and signed a seven-year contract extension to stay in Minnesota through the 2028 season. Fleck gets a slight raise in base pay, gets incentives for wins and his coaching staff gets raises. Most importantly, the buyout if Fleck were to leave for another school is $10 million through the end of 2022.

The Gophers enter Saturday’s game on a four-game win streak in the Big Ten. They’re hosting an Illini squad that won at Penn State in nine overtimes two weeks ago, then lost 20-14 at home to Rutgers last week. It’s a huge game for Minnesota, with a date in Iowa City next Saturday. The Hawkeyes travel to Northwestern after losing to Wisconsin 27-7 last Saturday.

The Badgers, off beating Iowa, travel to face the Rutgers team that beat Illinois last week.

Minnesota will likely run the football a lot Saturday, with the Illinois rush defense being among the bottom in the Big Ten. With Bryce Williams going down to a season-ending leg injury at Northwestern, the Gophers are down to Ky Thomas and Mar’Keise Irving as their scholarship running backs. Each have gone for over 100 yards in the last two games, as the Gophers ran for 326 yards in beating Maryland and 308 yards to beat Northwester. Minnesota even got a rushing touchdown from emergency running back Derik LeCaptain in the fourth quarter last week.

The Gophers’ defense, ranked No. 2 against the run in the Big Ten, will be tasked with containing Chase Brown. He’s averaging 6.3 yards per carry and is third in the conference in rushing at 100.6 yards per game.

Minnesota can win its fifth straight Big Ten game, stay atop the West Division and set up a critical game at Iowa next weekend with a win over Illinois on Saturday.