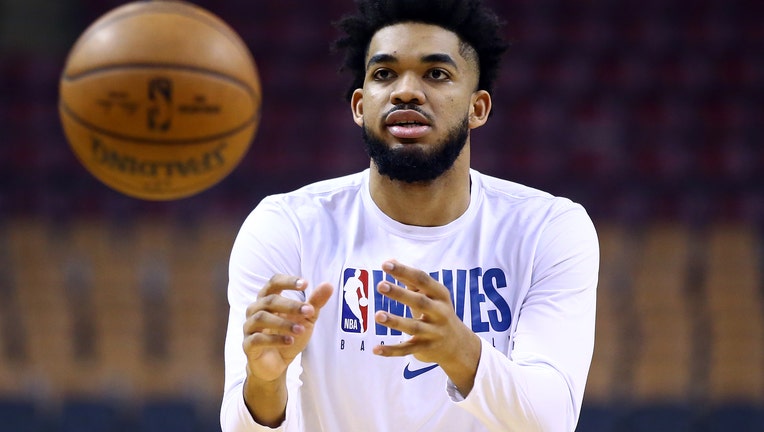 MINNEAPOLIS - The NBA got one step closer to getting back on the court Thursday as the league’s Board of Governors voted to approve resuming the season in Florida in late July.

According to ESPN’s Adrian Wojnarowski, the vote was 29-1 in favor of 22 teams traveling to Florida to play an eight-game regular season starting July 31, then have a modified 16-team playoff format with a champion determined by early October. There needed to be a two-thirds majority for the changes to pass.

According to Shams Charania with The Athletic, international players will return to team facilities on June 15 and report to camp by June 21. Coronavirus testing for all players would start around June 22, and training camps for the 22 teams involved would begin around June 30. By July 7, teams would travel to Orlando.

The NBA will bring back 13 teams from the Western Conference and nine from the Eastern Conference to resume play. The tournament is not yet official, as the NBA players’ union will have a conference call for its vote on Friday to approve it.

Unfortunately for the Minnesota Timberwolves, the move to resume play means their season is over. The Wolves were 14th in the Western Conference at 19-45, and not among the teams in playoff consideration.

The NBA suspended the season back on March 12 after Utah Jazz center Rudy Gobert tested positive for Coronavirus. The Jazz were in Oklahoma City to face the Thunder, and the Wolves were headed there the following night to start a six-game, nine-day road trip before play was halted.

The Wolves' focus would shift to the NBA Draft lottery. They finished with the third-worst record in the league, and would have a better than 50 percent chance at landing a top-four pick.

"While we are disappointed for our team and our fans that our season is coming to an end, we understand and accept the league’s plan to move forward with 22 teams. It is important that we be a good teammate not only to the NBA, but to the other 29 teams to support the efforts to complete this season and prepare for next season in a healthy and safe manner.

“Our offseason program will be intensive and thorough to make sure our players continue their development and are prepared for the start of the 2020-21 season. Our Head Coach Ryan Saunders, his assistants and our performance staff will be creative, aggressive and proactive to deal with a period of inactivity that we have not dealt with before. We built good momentum as a team following the trade deadline and our basketball staff will diligently continue to work through our team building processes, including the draft and free agency, as we continue to look for ways to improve our team during this pivotal offseason.

“We will also use this offseason to work tirelessly to help our community heal, to influence change and to promote thoughtful actions in response to recent events," the statement reads.