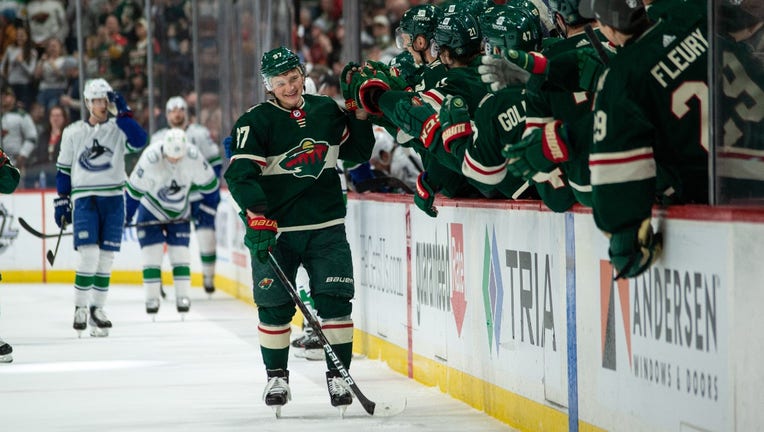 MINNEAPOLIS - We now know who the Minnesota Wild will face to open the Stanley Cup Playoffs, we just don’t know when or where the series will start.

The Wild beat the Vancouver Canucks 6-3 Thursday night with the help of third period goals from Kevin Fiala, Kirill Kaprizov and Ryan Hartman. All three have at least 30 goals on the season, which is the first time the Wild has had three players do that in a single season. It became official after the win that the Wild will open the Stanley Cup Playoffs against the St. Louis Blues.

The match-up will feature two of the hottest teams in the Western Conference, and they’re both battling for home ice advantage with five regular season games to play. The Wild has points in 12 straight home games, going 11-0-1 over that stretch, dating back to March 16. The Blues are 9-0-1 in their last 10 games and have points in 14 straight games, which is a team record.

It'll be the third time the two teams have met in the Stanley Cup Playoffs. The Blues beat the Wild in five games in 2017. In 2015, the Wild beat the Blues in six games. That’s also the last time the Wild has won a playoff series.

Kaprizov and Mats Zuccarello each had a goal and two assists in Thursday night’s win as the Wild improved to 49-21-7, and sit third in the West at 105 points. They’re one point behind the Calgary Flames for the No. 2 spot, and they’re tied with the Blues.

The Wild tied a franchise record with their 49th regular season win, and Kaprizov now has 97 points on the season. He has the single-season record with 44 goals. The Wild has won three straight and is 15-1-3 over its last 19 games heading into Friday night’s game against the Seattle Kraken. The Wild finishes with four of its last five games at home. They’re 28-7-2 at Xcel Energy Center this season.