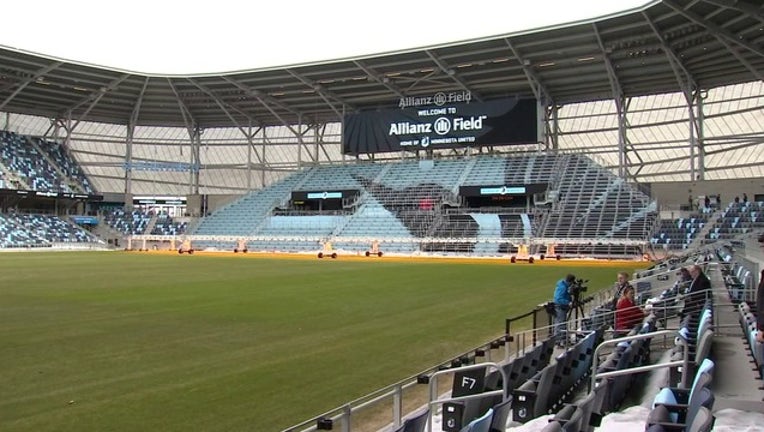 Minnesota United announced Tuesday there will be no fans at Allianz Field for their final 6 home matches due to the COVID-19 pandemic.

MINNEAPOLIS - Minnesota United on Tuesday announced the remainder of its 2020 regular season schedule, and it will not include fans at Allianz Field.

The team announced Tuesday that due to the COVID-19 pandemic, the remainder of its home schedule will be closed to the public. Current state guidelines allow for a maximum gathering of 250 people outdoors.

Minnesota United is 1-1-1 in its last three matches. The Loons head to Columbus Crew Wednesday night coming off a 2-2 tie at Houston Dynamo.

After earning points in five straight matches to star the Major League Soccer Season, the Loons have cooled off slightly. They’re currently fourth in the Western Conference at 18 points with a 5-4-3 mark, and have a plus-4 goal differential with 23 scored and 19 allowed. The Loons are one point out of third, behind FC Dallas, two points out of second and three out of the top spot.

There’s also just three points that separate the No. 5-8 teams in the West, and the top eight at the end of the season would advance to the MLS Playoffs. Minnesota United is 2-1 at Allianz Field this season.