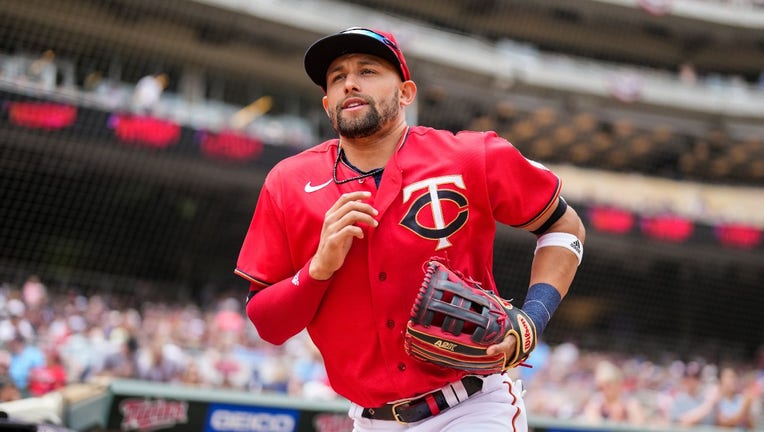 Royce Lewis #23 of the Minnesota Twins looks on against the Kansas City Royals on May 29, 2022 at Target Field in Minneapolis, Minnesota.  ((Photo by Brace Hemmelgarn/Minnesota Twins/Getty Images))

MINNEAPOLIS - For the second time in his baseball career, Royce Lewis’s season is over due to a right knee injury.

Minnesota Twins manager Rocco Baldelli said before Friday night’s game against the Tampa Bay Rays at Target Field that Lewis has a partially torn ACL and will have reconstructive surgery. He’ll miss the rest of the 2022 season, and could be out up to 12 months. It’s the same knee that Lewis had surgery on for a torn ACL in February of 2021.

Lewis, who just turned 23 years old, suffered the latest knee injury on May 29, playing center field and leaping at the wall at Target Field to make a catch. The team initially placed him on the injured list with a bone bruise.

Lewis played 12 games for the Twins in 2022, getting called up when Carlos Correa got hurt after getting hit by a pitch in Baltimore. In Correa’s absence, Lewis hit .300 with two home runs, five doubles and five RBI. Lewis’s first major league home run was a grand slam at Target Field.

In 34 games with the St. Paul Saints, Lewis was hitting .313 with five homers, 12 doubles, one triple and 14 RBI. The No. 1 overall prospect from 2017 was set to be the heir apparent to Correa at shortstop.