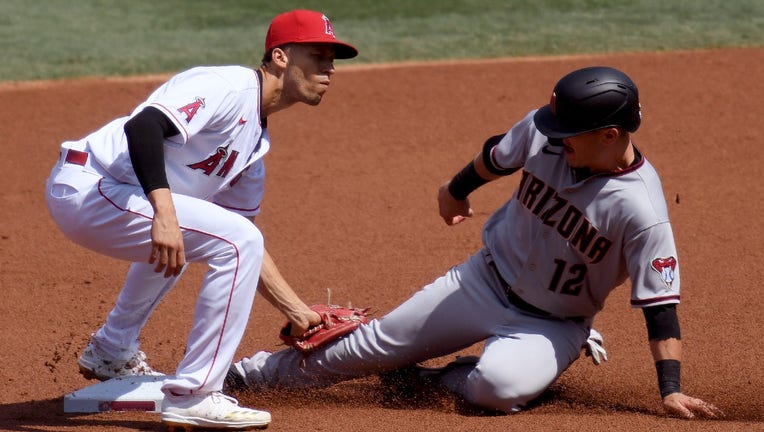 Andrelton Simmons #2 of the Los Angeles Angels tags out Daulton Varsho #12 of the Arizona Diamondbacks attempting to steal second, during the first inning at Angel Stadium of Anaheim on September 17, 2020 in Anaheim, California. ((Photo by Harry How/Getty Images))

MINNEAPOLIS - The Minnesota Twins have been mostly quiet with roster additions this offseason, but they’ve reportedly added a starting infielder for the 2021 season.

According to multiple reports, with the first coming from ESPN’s Jeff Passan, the Twins have signed shortstop Andrelton Simmons to a 1-year contract. The deal is reportedly worth about $10.5 million.

The signing indicates that last year’s starting shortstop, Jorge Polanco, would move to second base, and Luis Arraez would become the team’s utility infielder and fill in where needed. Simmons is entering his 10th major league season, and spent the last five seasons with the Los Angeles Angels of Anaheim.

Pairing with Josh Donaldson at third base, it should make for one of the better left sides of the infield in the American League in the 2021 season.

The Twins have not yet made the signing official.