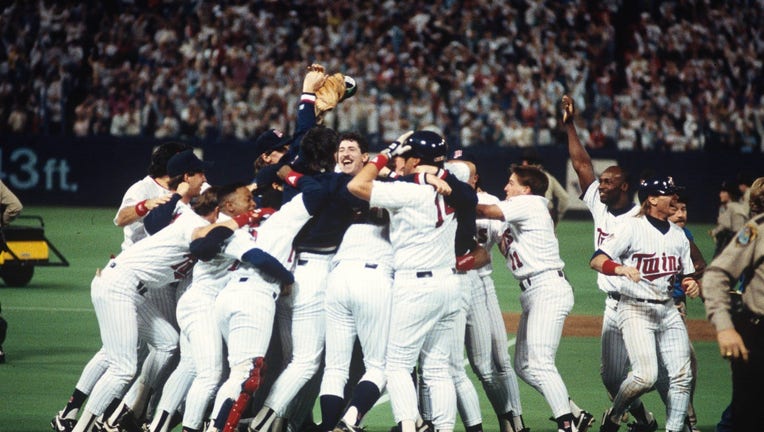 Members of the Minnesota Twins celebrate defeating the Atlanta Braves in Game 7 of the 1991 World Series on the field at Hubert. H. Humphrey Metrodome on Sunday, October 27, 1991 in Minneapolis, Minnesota.  ((Photo by MLB via Getty Images))

MINNEAPOLIS - The Minnesota Twins on Wednesday announced plans for a busy weekend as they celebrate 30 years since the franchise won the 1991 World Series, the second for the organization.

That team made baseball history, going from one of the worst teams in the American League the year before to winning the World Series after beating the Atlanta Braves in seven games. Twins officials say more than 25 players, coaches and staff from that team will be at Target Field over the course of the weekend.

Tom Kelly, who managed the 1991 team, and Tony Oliva will also be at Target Field.

Here are the events planned for the weekend as the Twins host the Tampa Bay Rays for a three-game series.

This weekend also marks the return of Nelson Cruz to Minnesota. Cruz, a fan-favorite for the Twins and former clubhouse leader, was traded to the Tampa Bay Rays last month with the team out of playoff contention.