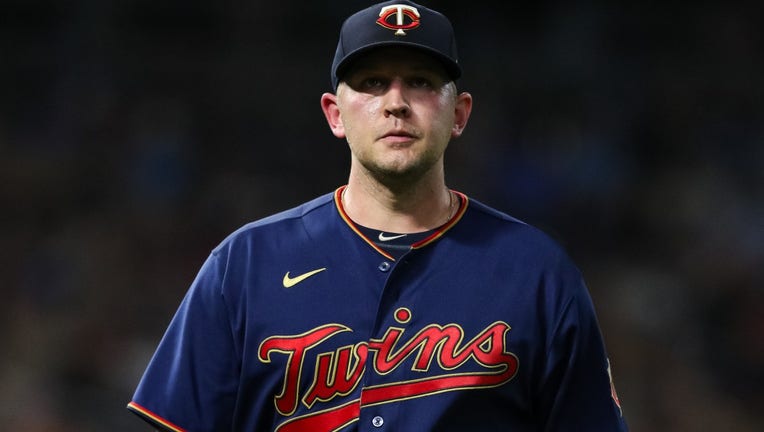 Tyler Duffey #21 of the Minnesota Twins looks on after pitching to the Toronto Blue Jays in the eighth inning of the game at Target Field on August 4, 2022 in Minneapolis, Minnesota. The Blue Jays defeated the Twins 9-3.  ((Photo by David Berding/Getty Images))

MINNEAPOLIS - It’s been a tough season for Tyler Duffey, and he may have thrown his last pitch with the Minnesota Twins in Thursday night’s 9-3 loss to the Toronto Blue Jays at Target Field.

The Twins announced before Friday night’s game against the Blue Jays that they’ve designated Duffey for release or assignment. He’ll be placed on waivers and if he’s not claimed, he could take a minor league assignment or become a free agent. Duffey made 40 relief appearances for the Twins this season and was 2-4 with a 4.91 earned run average. He had 39 strikeouts and 15 walks in 44 innings.

Duffey pitched 1 2/3 innings Thursday night and gave up three earned runs on four hits. The Blue Jays pulled away from the Twins in the late innings, highlighted by Vladimir Guerrero Jr. hitting a three-run homer to left off Duffey.

The Twins replaced Duffey on the roster by recalling pitcher Cole Sands from the St. Paul Saints.

Tyler Mahle, acquired in a trade with the Cincinnati Reds on Tuesday, his expected to be the starting pitcher and make his Twins’ debut Friday night. At 55-50, The Twins still have a one-game lead in the American League Central Division over the Cleveland Guardians, and a two-game lead over the Chicago White Sox.