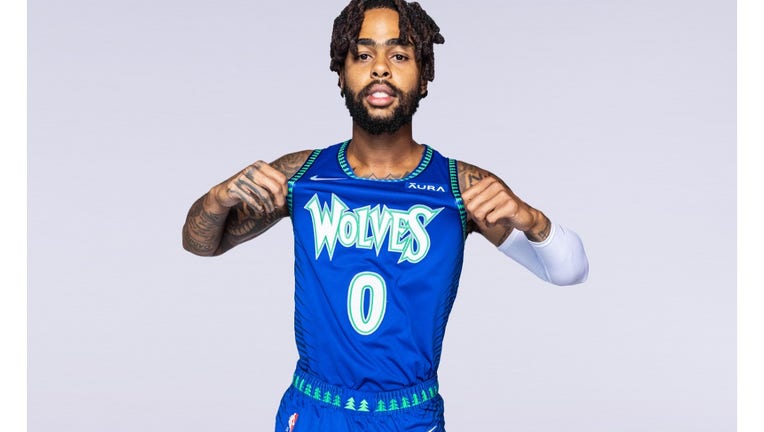 MINNEAPOLIS - The Minnesota Timberwolves on Monday unveiled their 2021-22 NBA City Edition uniforms, and long-time fans will be happy to see that trees are back and prominently featured.

The Timberwolves’ City Edition uniforms blend a variety of looks from different eras in the franchise – The Expansion, when the team was named as an NBA franchise, The Big Ticket, when Kevin Garnett led Minnesota on a run to the Western Conference Finals in 2004 and The Now – a core of young players led by Karl-Anthony Towns, Anthony Edwards and D’Angelo Russell.

The uniform features the inaugural blue, green and white colors. The trees, worn from 1996-2000, are back. They also have wolf logos on the shorts, representing the team’s origin.

The Timberwolves will wear the City Edition uniforms for 19 games this season, including eight home games. The first is set for Nov. 5 against the L.A. Clippers.

"This year’s City Edition uniform is a celebration of fandom – a tribute to our franchise’s most iconic moments," said Timberwolves and Lynx CEO Ethan Casson. "There’s a certain amount of nostalgia with this year’s uniform and fans will notice it’s a true mixtape of past, present, and future. We can’t wait for our fans to see the uniform on-court for the first time on Friday, Nov. 5."