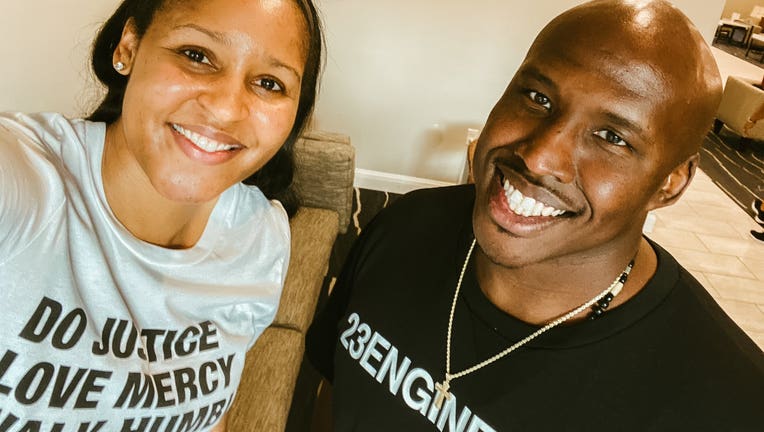 MINNEAPOLIS - ESPN recognized the last year in sports at its annual ESPY Awards Sunday night, and Minnesota women’s basketball took center stage, as well as the platform it provided to talk racial inequality.

The Excellence in Sports Performance Yearly Awards take us back to the top moments, athletes and teams of the last year. It also provides a platform on a national level to talk systemic change and reform. Former Hopkins basketball star Paige Bueckers received the award for the Best College Athlete in Women’s Sports after leading UConn to the national title game in her freshman season.

"I’m just a small-town kid with really big dreams and I’m honored to show all the little kids that are watching this that dreams to come true if you work hard and you have great faith in your life," Bueckers said.

Bueckers thanked God, her teammates and her family, then switched gears to talk racial inequality in women’s basketball. She noted that 80 percent of players in the WNBA who got postseason accolades last year were Black, but got about half the media coverage as white players. She thanked by name Maria Taylor, Robin Roberts, Moore and Odicci Alexander, a star pitcher at James Madison University.

She also recognized Breonna Taylor, one of several minorities killed by law enforcement in the last few years.

"Black women don’t get the media coverage that they deserve. They’ve given so much to this sport and community and society as a whole. Their value is undeniable. I think it’s time for change," Bueckers said.

Maya Moore was a star at UConn and helped lead the Minnesota Lynx to four WNBA titles before stepping away from basketball two years ago to pursue ministry and social justice issues. She worked to free Jonathan Irons from prison after being wrongly sentenced to 50 years in a burglary and assault case.

His conviction was overturned last year, and he was released from prison. The two later got married. Moore gave a speech of more than six minutes Sunday night on social injustice and her initiative, "Win with Justice."

"Power is not meant to be gripped with a clenched fist... power is meant to be handled generously so we can thoughtfully empower one another to thrive in our communities... championing our humanity before our ambitions," Moore said.