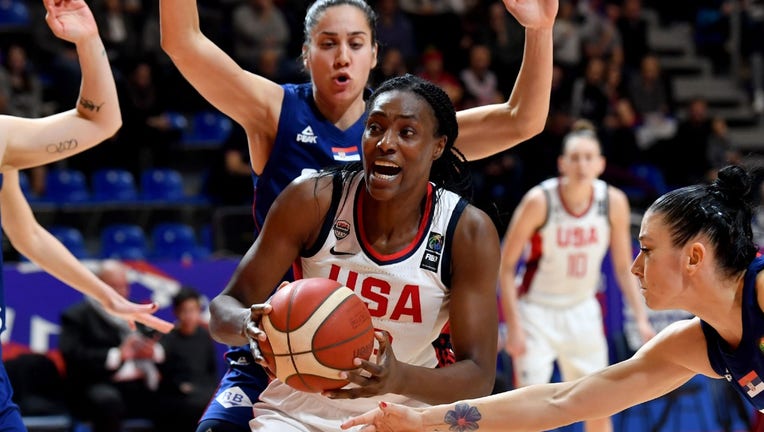 US Sylvia Fowles (front) vies with Serbia's Nikolina Milic (back) and Sasa Cado (R) during the FIBA Women's Olympic Qualifying Tournament match between Serbia and USA, on February 6, 2020, in Belgrade.  ((Photo by ANDREJ ISAKOVIC/AFP via Getty Images))

MINNEAPOLIS - The Minnesota Lynx host the Chicago Sky to open the WNBA Playoffs Sunday night, and they’ll do so with the best defensive player in the league.

She joins Tamika Catchings as the only other player to win the honor at least four times. She received 31 votes from a national panel of sportswriters and broadcasters.

Fowles finished second in the WNBA in rebounds (10.1), steals (1.8) and blocks (1.8) per game. She’s the only player in WNBA history to finish in the top two in all those categories in the same season. Fowles had 13 double-doubles in 31 starts, and had six games of at least 20 points and 10 rebounds.

The Lynx host the Chicago Sky at 4 p.m. at Target Center.