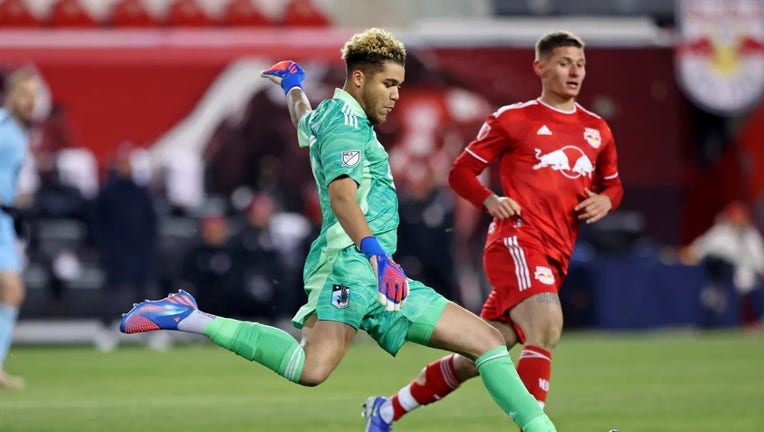 ST. PAUL, Minn. (FOX 9) - While Minnesota United's 2-0 loss to LAFC Sunday night was a disappointment for fans, many saw a silver lining in the continued strong play of 24-year-old goalkeeper Dayne St. Clair.

Clair had six saves, while LAFC's Maxime Crepeau was only called on once.

The Canadian international has been one of the Loon's best performers so far this season after reclaiming the starting role he lost last season to Tyler Miller.

Miller was the starter for the Loon's first three games but fell ill before the team's March 13 match against the NY Red Bulls. St. Clair stepped in and proceeded to make eight saves, including a point black effort, as the Loons hung on to win 1-0. St. Clair was then voted MLS player of the week and hasn't lost his starting place since.

"It just shows how quickly the game can change," Loons manager Adrian Heath told Fox 9's Pierre Noujaim during a 1-on-1 interview as part of a Gaffer Gab segment filmed last week. "Tyler's lost his position, basically, on the fact that he had food poisoning because we were not going to change the goalkeeping situation at that time. But Dayne came in and was outstanding in the game against the Red Bulls."

Health said he and Loon's goalkeeping coach Steve Kerr made the decision to draft St. Clair in 2019 because they saw his athleticism, size  — St. Clair is 6'4, with long arms — and believed in his potential. Health noted that at 24, Dayne is also relatively young for a goalkeeper.

"He's just starting out because the sky's the limit today because there's so much more growth, not only personally but physically, mentally as well," he said.

Miller, meanwhile, has been doing well in training and is ready to step in if St. Clair's form drops.

See the full interview in Ep. 2 of the Gaffer Gab here: