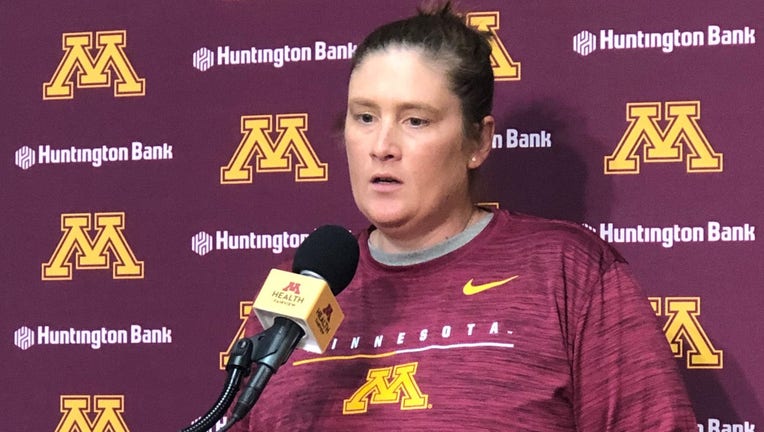 MINNEAPOLIS - The University of Minnesota women’s basketball team travels to Rutgers Thursday night to resume Big Ten play, but the Gophers will be without head coach Lindsay Whalen.

Gophers’ assistant Carly Thibault-DuDonis will step in as acting head coach at Rutgers.

Minnesota (7-7, 0-2) is scheduled to host Maryland on Sunday. Team officials will update Whalen’s status before that game. The Gophers last played on Dec. 23, a 77-63 loss at Drake. They were scheduled to host Northwestern on New Year’s Eve, but that game was canceled due to COVID-19 concerns with the Wildcats.