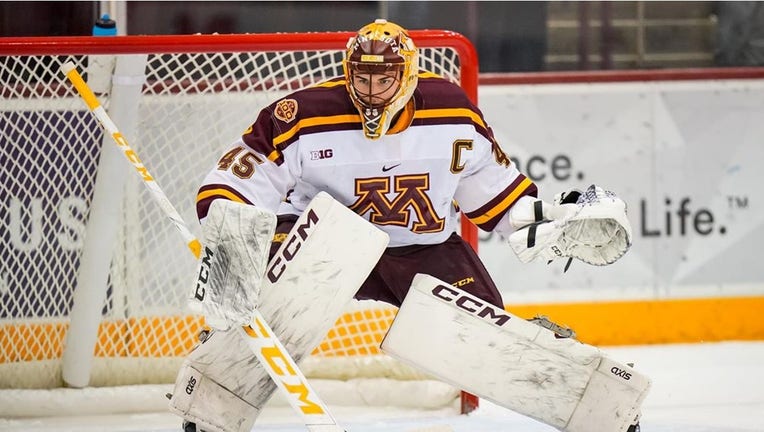 MINNEAPOLIS - The University of Minnesota men’s hockey team announced Sunday that top goaltender Jack LaFontaine has left the program and signed a professional contract with the Carolina Hurricanes.

LaFontaine won the Mike Richter Award last season as the top goaltender in college hockey. He was a finalist for the Hobey Baker Award, an All-American and the Big Ten Goaltender of the Year in addition to being a First Team All-Big Ten pick. He was also the Big Ten Tournament’s Most Outstanding player.

In 29 games during the 2020-21 season, LaFontaine went 22-7 with a .924 save percentage and 1.79 goals against average. He tied for the top save percentage in college hockey, and finished with five shutouts.

"We would like to thank Jack for his contributions to the Gophers program, and we wish him well as he begins his professional career," Gophers coach Bob Motzko said in a statement.

In his absence, goaltending duties will be handled between Justen Close and Brennan Boynton. They’ve played a combined nine games this season. Close has made 20 saves on 21 shots. The Gophers are 12-8 on the season, and 8-4 in Big Ten play after sweeping Michigan State this weekend.