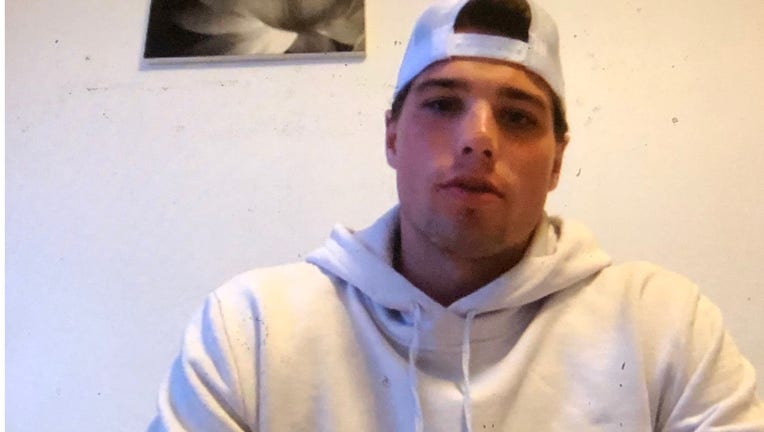 Kevin Fiala was playing some of the best hockey of his NHL career when the season was suspended due to the Coronavirus pandemic.

MINNEAPOLIS - There might not be anyone more disappointed by the Coronavirus pandemic shutting down the sports world, at least among Minnesota teams, than Wild winger Kevin Fiala.

The 23-year-old from Sweden had been playing some of the best hockey of his career and was coming off scoring a pair of goals against the Anaheim Ducks when the NHL suspended its season. His hot streak in late February and early March put him at the top of the Wild in scoring at 54 points through 64 games. His 23 goals are second to Zach Parise’s 25.

He’s already surpassed his first full season in Nashville, where he had 23 goals and 48 points in 80 games. He had scored at least one goal in eight of 10 games before the NHL shut down, and had points in nine of 11 games. He was flirting with NHL history, having recorded five straight multi-point games.

“He was on fire,” Wild defenseman Ryan Suter said.

Most importantly, the Wild had been surging with a 7-3 mark in their past 10 games and were one point out of a playoff spot.

“It’s tough that something like that can stop our season. It’s not just for us, for our team, myself, for everybody, for the whole league and the whole sport and the whole world, it’s just a shame,” Fiala told reporters on Wednesday via Zoom. We had such a good roll, the team was rolling, we had some huge wins in the end, just one point right now outside of the playoffs and especially with that start we had, we want to get back, I want to get back as quickly as possible and finish the job.”

Fiala is back in Sweden, where life is a little different compared to the U.S. While we’re quarantined and essentially in a lockdown, restaurants and rinks are open in Sweden. Fiala is taking full advantage, hitting the ice every day with small groups to skate, scrimmage and keep up on skills.

He’ll have an advantage over some NHL players in the U.S., who right now don’t have access to any rinks and can only workout at home. It’s been six weeks since the Covid-19 pandemic shut down sports, and we don’t know when they’ll officially be back. That makes it hard for athletes like Fiala to put any type of plan together.

“I don’t have a plan because I don’t know what’s going to happen. It’s tough to make a plan when there is no plan,” Fiala said. “I’m just hoping and waiting, hoping that we are going back as soon as possible.”

Fiala stayed in Minnesota for about two weeks after the NHL suspended play, then made the decision to head back to Sweden. That’s partially because he knew he could get some skating in.

He flew from Minneapolis to New York, then from New York to Sweden. He said he was one of just 10 people on the flight to New York.

“It was a little shocking. When I landed in New York, everybody had masks on, had gloves on, it was kind of scary. It was kind of more real there than it was in Minnesota,” Fiala said.

Fiala was asked multiple times about Wild interim coach Dean Evason, who took over after Bill Guerin fired Bruce Boudreau. Evason’s stats with the Wild, just like the NHL season, is uncertain. Fiala and Evason go back to his minor league days in Milwaukee, then when Fiala got traded to the Wild last season, Evason was an assistant coach.

It’s not his decision to make, but he would like Evason to stay on as the head coach. The Wild was 8-3-1 in 12 games under Evason.

“He’s a huge part of my career right now. I think he’s been awesome, even as an assistant coach he was great,” Fiala said. “He was a great communicator and wants the team to win. I think he’s done a great job.”

Fiala has questions about the remainder of the NHL season, just as we all do. He doesn’t know if it will resume, and if it does, if teams will play in regions and be playing in empty arenas. If they do resume, will the NHL just go straight to the playoffs? It would mean the end of the Wild’s season.

In the midst of his best NHL season, you can’t blame him if he wants to get back on the ice playing real games. But the Covid-19 pandemic makes it a big picture decision to make.

“I’m not that guy that can decide that. Honestly I’m just going to be good with whatever the league is going to decide,” Fiala said. “Myself, I want to play of course but right now, there’s a bigger thing out there which is more important. There’s people dying and a terrible thing right now. It’s more important to stay healthy and be safe, so let’s see what the league is going to say.”