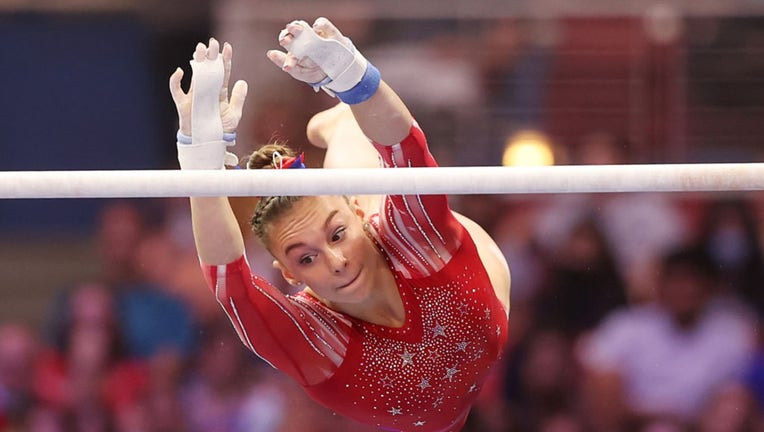 LITTLE CANADA and CHAMPLIN, Minn. (FOX 9) - After an impressive weekend at the Olympic Trials, Suni Lee and Grace McCallum are going to the biggest sporting event in the world after qualifying for Team USA in women’s gymnastics.

"It’s just so surreal to say that I am an Olympian," Lee said. "It’s something I’ve worked toward for so long."

The long journey to Toyko started right here in Minnesota for both Lee and McCallum.

"You knew that there was something pretty special," said Punnarith Koy, Lee’s first gymnastics coach at Midwest Gymnastics in Little Canada.

Lee’s talent level was evident early on in the gym, which makes her Olympic honor no surprise to Koy.

"She always had a knack for getting skills quickly and a certain amount of fearlessness," Koy said of Lee’s ability. "That combination made for a really cool ride."

"Most kids that are really good gymnasts might take six months to a year to get a skill from the floor to the beam, and [Suni] could just do that in a day," Koy added.

A few miles away, a similar pride is shared at Twin City Twisters in Champlin. It’s the gym McCallum calls home when she is home in Minnesota.

"I think the next few weeks will be pretty exciting for everybody no matter what level they are," said Seth Helland, a coach at Twin City Twisters.

"The most inspiring part [of Grace’s journey] is seeing her work through the hard days, coming back every single day and now it’s paid off," Helland added.

Grace is also an inspiration to fellow gymnasts she trains alongside, others with aspirations of reaching their dreams of the Olympic stage.

"She’s really a good role model for everyone. She’s such a team leader," said Levi Jung-Ruivivar, a fellow elite gymnast who trains with McCallum. "I just know how hard she works every day, and to see her go out there and for it to pay off is so amazing."

Lee and McCallum are two Minnesotans in the top four for Team USA’s women’s gymnastics roster. The pair will put on a display of the power of gymnastics in Minnesota that continues to grow.

"It’s just bringing more light to how strong Minnesota is becoming," Helland said. "For everyone to get to see it now, it’s really fun."