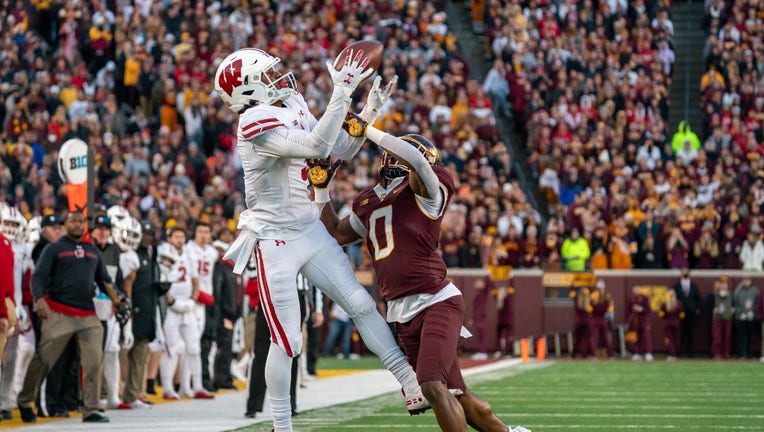 MINNEAPOLIS - The University of Minnesota football team puts a wrap on the 2021 season Tuesday night in the Guaranteed Rate Bowl against West Virginia.

Have the coffee ready, it’s a 9:15 p.m. kickoff at Chase Field in Phoenix, home of the Arizona Diamondbacks. That’s right, a college football bowl game on a baseball diamond.

The Gophers finished a highly-anticipated 2021 season 8-4 after knocking off Wisconsin 23-13 to keep Paul Bunyan’s Axe in Minneapolis. They bounced back from an opening loss to Ohio State with wins over Miami (Ohio) and a dominant showing at Colorado. They had the inexplicable loss to Bowling Green on Homecoming, then won four straight Big Ten games.

Had Minnesota beaten Illinois and Iowa, it might be in Pasadena playing in the Rose Bowl and not in Phoenix.

PJ Fleck’s "Row the Boat" culture was tested multiple times this season. He lost Mo Ibrahim to a season-ending injury against the Buckeyes, Trey Potts was hospitalized for nearly a week at Purdue and Bryce Williams was lost for the season after beating Northwestern. Chris Autman-Bell, Dylan Wright and Daniel Jackson all missed time due to injuries or personal reasons.

Fleck is 34-23 and will finish his fifth season at Minnesota against the Mountaineers. A majority of the group on the field for the Guaranteed Rate Bowl has helped him go 29-16 over the last four seasons, and 2-0 in bowl games.

West Virginia enters the game with a 6-6 record, with wins over LIU, Virginia Tech, TCU, Iowa State, Texas and Kansas.

The Gophers and Mountaineers are clear of COVID-19 issues ahead of kickoff, and there shouldn't be any major surprises on the injury front. The Gophers did not have any players opt-out of the bowl game.