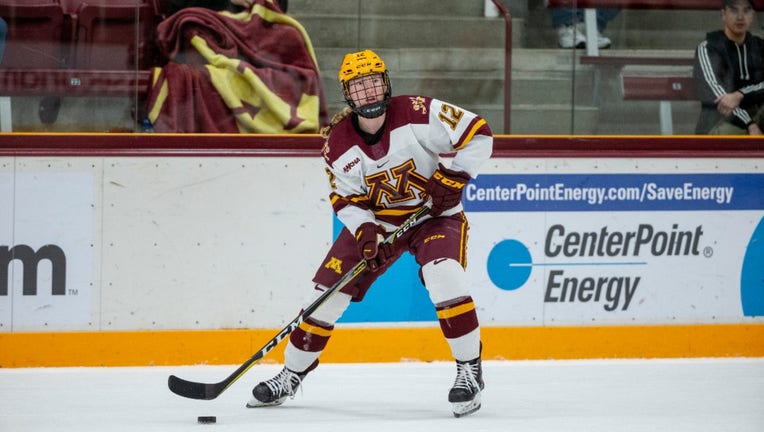 MINNEAPOLIS - After spending the last two weekends on the road, the University of Minnesota women’s hockey team is back in the friendly confines of Ridder Arena this weekend as St. Cloud State comes to town.

Brad Frost and his team always enjoy playing in front of their home crowd, but it’s a little more special with the Huskies in town. The Gophers are hosting Alumni Weekend and welcoming back former players. Frost will host a pregame meal with former U women’s hockey players, there will be an alumni game Sunday morning and the 1999-2000 national championship team will be honored.

That Gophers’ squad won the AWCHA national title. The NCAA hadn’t sanctioned women’s hockey as a sport yet. But it’s a weekend to connect former players with current Gophers.

“It’s always a good time to tell some stories about what things were like and get some advice from those past alums. The tradition is rich here with this women’s hockey program, started by Laura (Halldorsen). It’s important for us to keep that legacy alive,” said Frost, who has won four national titles between 2011 and 2017.

The Gophers are 6-0 on the season, 2-0 in the WCHA and are coming off one of their toughest road tests of the young season so far. They were in Pennsylvania to face Robert Morris, and needed an overtime goal from Taylor Wente a little more than a minute into escape with a 4-3 victory.

Saturday night, the game was tied 2-2 in the third period before the Gophers scored four unanswered goals in a 6-2 win. It was an early sweat for the No. 2-ranked team in the country.

“Just to see how our team responded, didn’t play our best game but still found a way to win at the end. Those are some pretty valuable lessons that you can take forward as the season goes on,” Frost said.

The Gophers have a few players chasing history just six games into the season. Sarah Potomak is the program’s active career scoring leader with 142 points, and is chasing Megan Bozek and Rachel Bona, who are each tied with 146 career points. Potomak scored her 50th career goal last week. Grace Zumwinkle is also approaching 100 career points and 50 career goals.

The Gophers have out-scored opponents 33-7 in six games this year, with two shutouts. They’ve also gotten offense from their blue line, with five of their six defenders scoring at least one goal.

While the WCHA race is still in its very early stages, the importance of this weekend’s series against St. Cloud State isn’t lost on Frost. After all, the Gophers won the league regular season title by just one point.