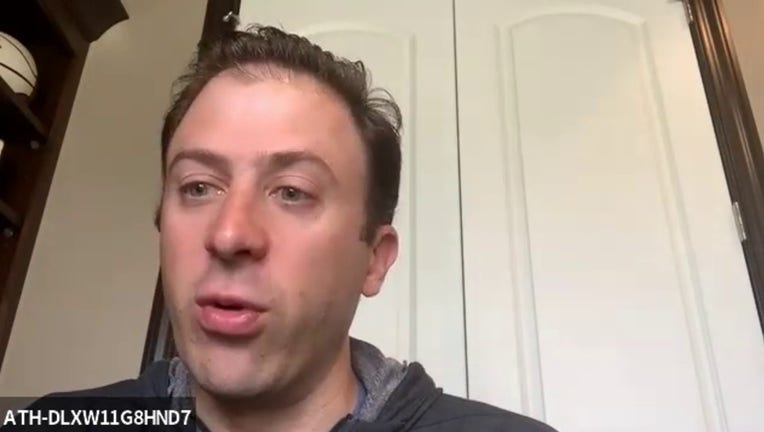 MINNEAPOLIS - The struggle is real for Richard Pitino and the University of Minnesota men’s basketball program with the Coronavirus pandemic.

He’s confined to his home, spending time on Zoom with perspective recruits and hosting virtual tours to show off the U of M campus. He’s also tasked with managing his current roster, not knowing if or when he’ll be able to get his team together for summer workouts or start preparing for the 2020-21 season.

The struggle is real for Richard Pitino and the University of Minnesota men’s basketball program with the Coronavirus pandemic.

“Well I’m sick and tired of looking at my face because none of us look good right now,” Pitino joked Thursday with Twin Cities media on Zoom. “We don’t know if we’re practicing this summer. We have no idea when we’re going to be allowed, when this quarantine will end for any of us. It’s just day by day.”

He was excited, however, to talk about the two newest additions to his program. The Gophers signed 7-foot center Liam Robbins, a transfer from Drake, and Brandon Johnson, a 6-8 grad transfer forward from Western Michigan on Wednesday, the first day of the spring signing period.

Johnson made 92 starts with the Broncos and was a Third Team All-MAC selection last season, averaging 15.4 points and 8.4 rebounds per game. He’ll be immediately eligible to play next season, and could step into a starting role.

The future for Robbins is a little cloudier. According to current NCAA transfer rules, Robbins would have to sit out a year to be eligible to play. Pitino has applied for a waiver to make Robbins immediately eligible. His uncle is Gophers’ associate head coach Ed Conroy, and Robbins was considered one of the top centers on the Division I transfer market.

Robbins averaged 14.1 points, 7.1 rebounds and 2.9 blocks per game for the Bulldogs last season. His 99 blocked shots were a single-season program record. If he’s declared eligible, he would step immediately into the starting role to replace Daniel Oturu, who is expected to stay in the NBA Draft. Eventually, the NCAA is expected to pass a resolution that would allow athletes a one-time transfer without penalty.

“I don't think it's necessarily if it happens, but I think it's when it happens that they allow the one-time transfer. Obviously for our program when you have a guy like Liam who's an impact guy, that'll drastically impact your program,” Pitino said. “Blue bloods wanted him nationally. We are very, very lucky to get him. He is a guy we are hopefully going to have eligible next year because think we would have one of the best bigs in the league, if not the country.”

Pitino also on Thursday also talked about Marcus Carr’s future, and Payton Willis leaving the program as a graduate transfer.

Carr declared for the NBA Draft, but is leaving the option open to return to the Gophers next season and has told the coaching staff as much. He started all 31 games last season and was Minnesota’s second-leading scorer at 15.4 points per game. He also averaged 6.7 assists per game, and the Third Team All-Big Ten pick led the league in minutes.

He’s not projected to get picked in the draft, but he’s going to get the information he needs.

Pitino also has to replace one of his regular starters after Willis announced last week he was leaving the program. He played in 27 games, with 25 starts, and averaged 8.9 points per game while playing 30.3 minutes per game. He shot 35.6 percent from the perimeter, while missing time with shoulder and ankle injuries.

Willis committed earlier this week to play at the College of Charleston next season.

“I think that Payton wanted an increased role, I think he understands what we have on the team. I will give Payton credit. When he told me, ‘Hey, I want to drop down a level and maybe get some more shots,’ I think he took a step back and made the right decision for him. There is zero animosity toward Payton. He is a great kid,” Pitino said.

The Gophers have one scholarship remaining for the 2020-21 season, and Pitino said he wants it to go to a guard/wing type player. They’re in contention for Hopkins star Kerwin Walton, who is also considering Arizona, North Carolina, Creighton and Vanderbilt, and is set to make his decision by April 25. If he doesn’t choose the Gophers, Pitino is likely to go the graduate transfer route for that final spot. The two top options there are Drew Peterson of Rice, or Justin Kier of George Mason.