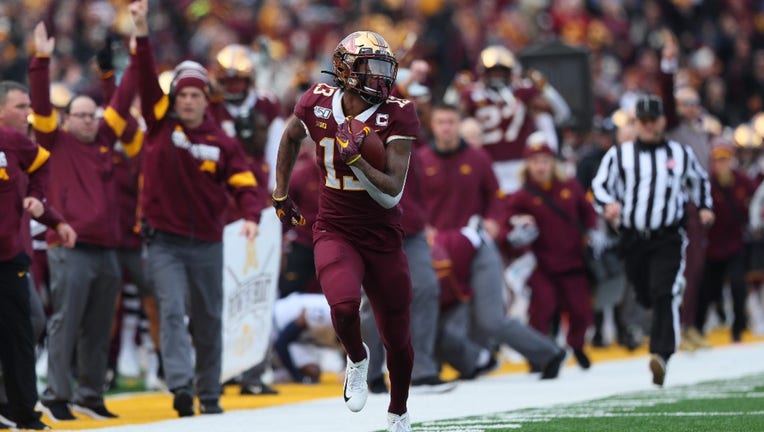 MINNEAPOLIS - A lot of eyes will be on University of Minnesota junior Rashod Bateman when the Gophers football team gets back on campus and the season starts.

He’s a projected first round pick in the NFL Draft, and he’ll have the attention of every opposing defense as the Gophers look to build off an 11-2 season in 2020, their best in 115 years. Bateman was recognized earlier this week as one of the top players in college football.

Bateman was named the Big Ten Receiver of the Year last season, and was a First Team All-Big Ten selection. He finished last year a finalist for the Biletnikoff Award, which goes to the top receiver in college football, and was named a Third Team All-American by the Associated Press.

In other words, enjoy Bateman while you can this season. It might be his last with the Gophers as he gets closer to a potential NFL career.