MINNEAPOLIS (FOX 9) - Watch the Gophers Pregame Show on FOX 9 and streaming live in the player above from 9-10 a.m. on Saturday, Oct. 22.

The University of Minnesota football team closes out its home regular season schedule on Saturday, hosting rival Iowa at 3 p.m. at Huntington Bank Stadium for a game you can watch on FOX 9. 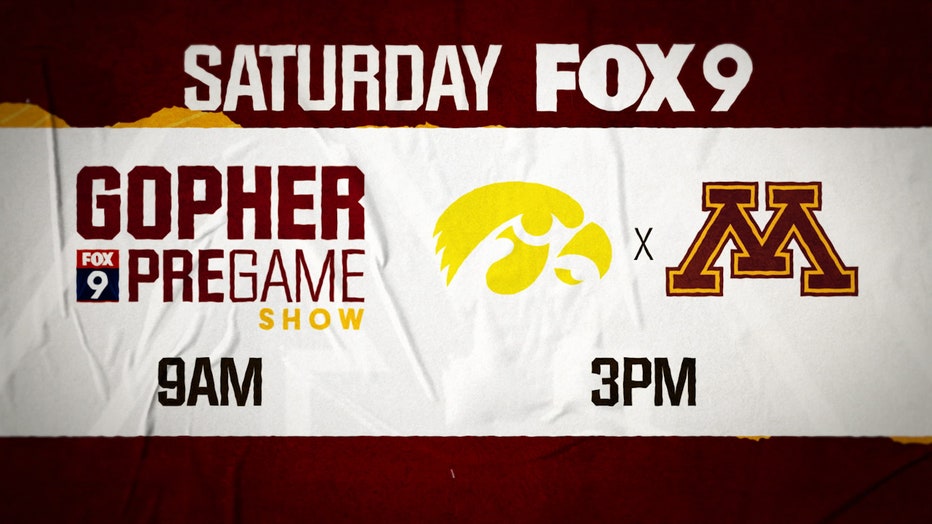 The Gopher Pregame Show will air Saturday at 9 a.m., ahead of the Minnesota-Iowa game, which you can watch on FOX 9 at 3 p.m.

The Gophers are on a three-game win streak, and looking to snap a seven-game losing skid to the Hawkeyes in the annual battle for Floyd of Rosedale. The rivalry game is the one thorn in PJ Fleck’s side, he’s 0-5 against Kirk Ferentz and Iowa. The Gophers also haven’t beaten Iowa since 2014.

Minnesota is still in contention in the Big Ten West, needing to win its final two games, and have Illinois and Purdue lose one of its last two games to head to Indianapolis. Illinois faces Michigan Saturday, and Purdue faces Northwestern.

The Hawkeyes come to Minneapolis after a 24-10 win over Wisconsin last week, where they managed just 146 total yards but got a defensive touchdown, blocked a punt and had a long punt return that set up touchdown drives. The Hawkeyes’ defense has 12 interceptions and six fumble recoveries on the season. Given a cold forecast Saturday, expect a low-scoring, defensive grind between the Gophers and Iowa.

What time does the Gophers-Hawkeyes game start? 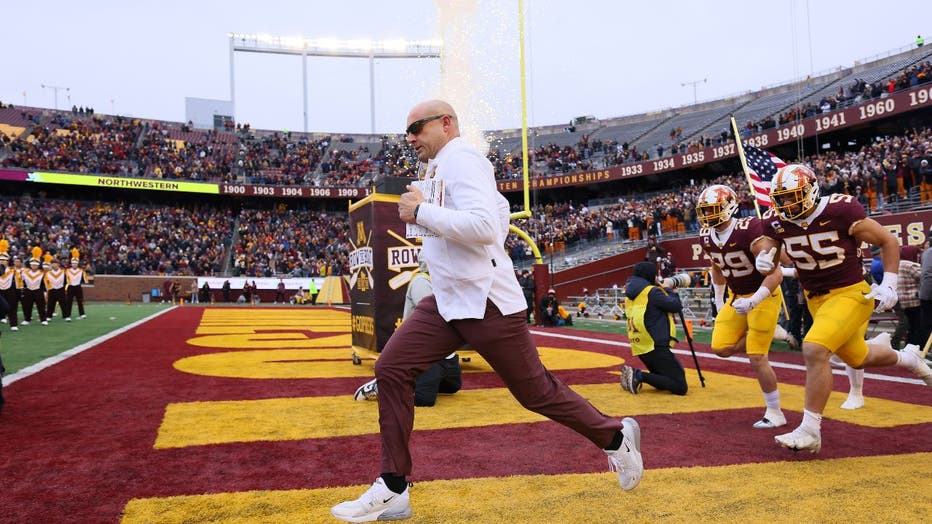 Head coach P.J. Fleck of the Minnesota Golden Gophers runs onto the field in the pregame against the Northwestern Wildcats on November 12, 2022 at Huntington Bank Stadium in Minneapolis, Minnesota. (Photo by Adam Bettcher/Getty Images)

How can I watch the Gophers game?

This week on the PJ Fleck Show, we look back on a 31-3 win over Northwestern and look ahead to Senior Day against Iowa in the battle for Floyd of Rosedale.