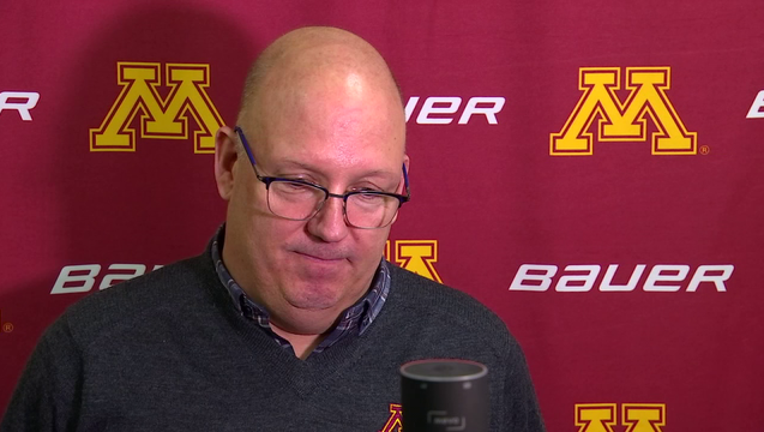 MINNEAPOLIS - University of Minnesota men’s hockey coach Bob Motzko has been named one of nine finalists for the Spencer Penrose Award, given every year to the Division I National Coach of the Year.

The winner, selected by the 60 Division I head coaches in the country, will be announced April 7.

Motzko helped lead the Gophers to the semifinals of the Big Ten Tournament, before their game at Penn State was canceled due to Coronavirus. Also a finalist for the Big Ten Coach of the Year, Motzko led the Gophers to a second place finish in the league after preseason projections had them fifth.

He’s 34-30-11 in two seasons at Minnesota. Earlier this year, Motzko joined Don Lucia and Doug Woog as Gophers’ coaches to earn 300 career wins. Between Minnesota and St. Cloud State, Motzko has a career record of 310-222-60.