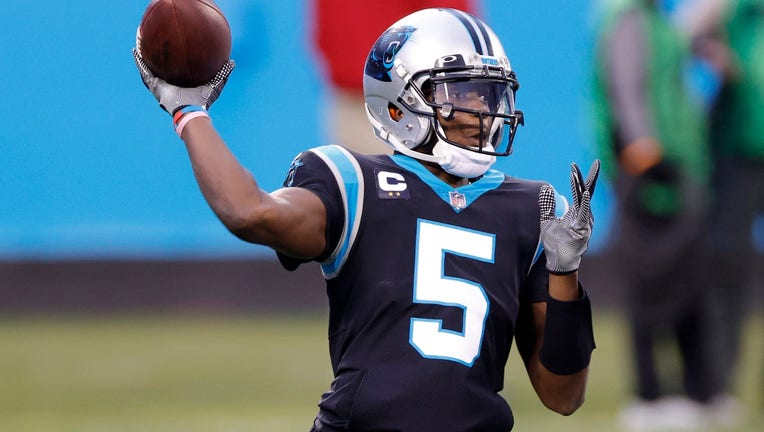 Quarterback Teddy Bridgewater #5 of the Carolina Panthers looks to pass during the first quarter of their game against the New Orleans Saints at Bank of America Stadium on January 03, 2021 in Charlotte, North Carolina. ((Photo by Jared C. Tilton/Getty Images))

MINNEAPOLIS - We’re a day away from the NFL Draft, and a former fan-favorite with the Minnesota Vikings has found a new home.

According to Tom Pelissero with the NFL Network, the Denver Broncos have acquired Teddy Bridgewater from the Carolina Panthers in exchange for a sixth round draft choice.

The Broncos confirmed the move.

The Vikings drafted Bridgewater with the No. 32 overall pick in the 2014 NFL Draft. In 2015, he helped lead the Vikings to an 11-5 regular season mark and trip to the NFC Playoffs.

Bridgewater then suffered a career-altering knee injury on Aug. 30, 2016, during an 11-on-11 drill at practice that forced the Vikings to scramble to find a quarterback for the 2016 season. Bridgewater returned and played one game in 2017 before being released by the Vikings.

He signed with the New Orleans Saints in 2018 and made five starts in 2019 after Drew Brees went down with an injury, going 5-0 as a starter. He finished the season with nearly 1,400 yards passing and nine touchdowns.

Bridgewater spent the 2020 season as the starter with the Panthers, throwing for more than 3,700 yards and 15 touchdowns with 11 interceptions. Carolina finished 4-11.

Bridgewater now reunites with George Paton, who had worked with Rick Spielman in Minnesota and is now the general manager for the Broncos.