Joey Gerber, 23, of Maple Grove was called up to the Mariners Tuesday and added to the 30-man active roster in time for the team’s game that night against the Los Angeles Angels. 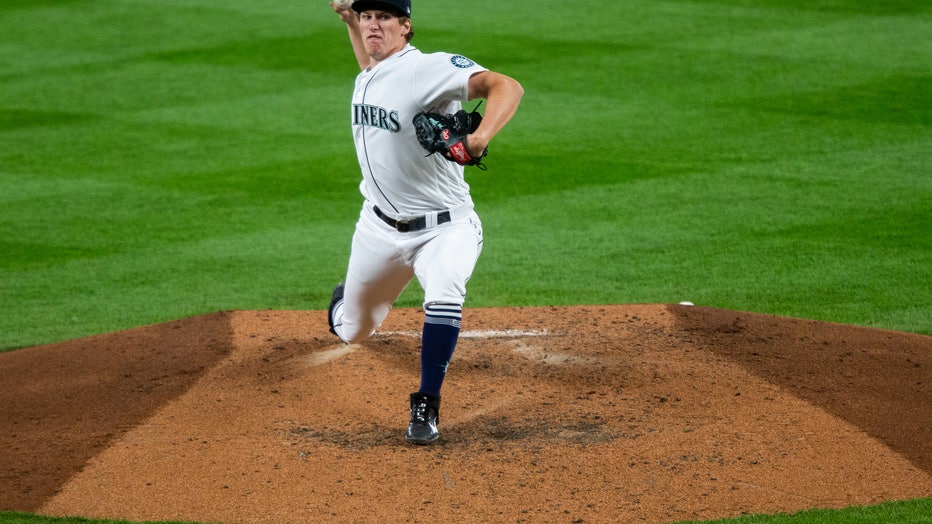 SEATTLE, WA - AUGUST 04: Joey Gerber #59 of the Seattle Mariners pitches in the sixth inning against the Los Angeles Angels during his major league debut at T-Mobile Park on August 4, 2020 in Seattle, Washington. The Angels beat the Mariners 5-3. (Lindsey Wasson/Getty Images / Getty Images)

“Four summers ago I was playing town ball in rural Minnesota after posting a 7.50 ERA my freshman year of college. Last night I made my MLB debut and faced Albert Pujols. A lot can happen in four years,” the relief pitcher wrote on Twitter.

Gerber was drafted by Seattle in the eighth round of the 2018 MLB Draft. Prior to Tuesday, he was at the club’s alternative training site after being promoted to the Arkansas Travelers last June—Seattle’s Double-A affiliate.