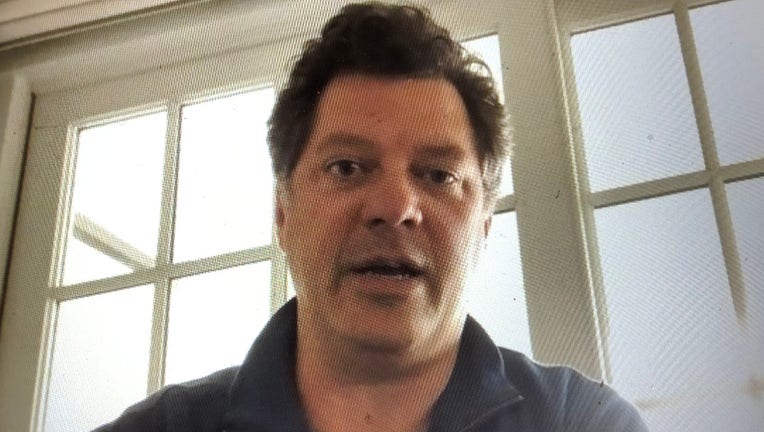 Wild GM Bill Guerin talked Tuesday about the team making the modified 24-team Stanley Cup Playoffs when the NHL gets the OK to resume play.

The only problem was Guerin’s gift remains wrapped, and nobody knows what’s inside. Bettman detailed a plan for the NHL to resume play, though nobody knows when that actual date will come. What we do know is that there will be a modified Stanley Cup Playoffs, and the Wild will be involved. They were one point out of the second Wild Card spot in the Western Conference when the NHL suspended play due to the Coronavrius pandemic.

It’s not what anybody had envisioned a few months ago, but Covid-19 has created a new reality across the sports landscape.

“Nothing is ever going to be perfect and make everybody happy, but I think they’ve come up with something that I think most people are going to agree with. Hockey is going to be back in the near future and I’m really excited about it,” Guerin said.

So how will it work?

Bettman detailed a plan that essentially put an end to the regular season. The top 24 teams advance to a playoff, and the bottom seven are placed into the NHL Draft lottery.

The top four teams in each conference will play a round robin for seeding, while the next eight will play in a best-of-five series that’s seeded based on their regular season finish. For the Wild, that means they’re the No. 10 seed and facing the Vancouver Canucks. The winner advances to play in a best-of-seven series.

We don’t know where or when the Wild/Canucks series will start. The bottom line is the Wild are in.

“Hey look, it’s an opportunity for all of us to get back and to compete for a championship. When you’re in this line of business, that’s what you want,” Guerin said.

Where will the games be played?

Teams in their hubs would be quarantined in hotels, and go straight from their hotel to a practice rink or arena for games, then head straight back to their hotels. Guerin couldn’t contain his excitement when talking about the Twin Cities being a potential host.

“I think it’d be great. It’s the biggest, best hockey market in the country. There are rinks all over the place, we’ve got a great arena, great practice rink, there are hotels, it just matches up quick. I think it’d be a perfect fit,” Guerin said.

When will games start?

The short answer is we don’t have any clue. Bettman made it very clear Tuesday the NHL will not resume play until it’s deemed safe by the top medical professionals and government officials in the country. The NHL is allowing team facilities to open for small-group workouts, both on and off the ice, as soon as early June.

Bettman said training camps for the 24 teams in the playoffs won’t start until after July 1. All teams will be in compliance with Covid-19 guidelines, and the Wild are in communication with the office of Governor Tim Walz on when they can open TRIA Rink. It’s a very likely scenario that the modified Stanley Cup Playoffs will go well into the fall.

Players had raised previous concerns about being quarantined and away from their families for several months. The 24-team tournament might be the only solution if the NHL wants to finish its season with a champion. Guerin isn’t concerned about how the modified playoff format might change the competition.

“When that puck drops, there’s something inside of these athletes that just the switch flips. They’re so competitive and they want to win so bad that they’re just going to play and it’s going to be as competitive as ever. I’m very confident in that,” Guerin said.

The Covid-19 pandemic shut down the sports world on March 12. Hockey fans are starving for something live, even if it means games in empty arenas. Nothing has been normal about this season for the Wild. They got off to a slow start, had a veteran and fan favorite in Jason Zucker get traded and had Devan Dubnyk and Eric Staal each spend time away from the team for family medical situations.

Major League Baseball, the NBA and MLS are all working on coming up with contingency plans to have a season. Tuesday’s news makes the NHL a trailblazer in that regard. They don’t know when their playoffs will start or where they will be, but there’s confidence they will happen.

“There are always going to be hurdles with something like this. We really never know what’s going to change tomorrow, but I think today was a great step. It gives us hope that this could actually happen,” Guerin said. “I’m so glad that we’re in the mix and we have an opportunity.”