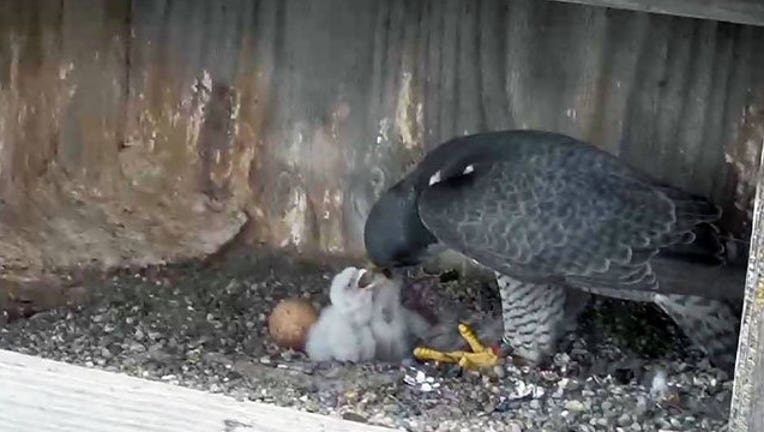 More than 200 peregrine falcons have hatched at Xcel power plants since 1989, officials said Thursday as the company showcased the wildlife effort while banding a new set of hatchlings at Allen S. King Power Plant.

Xcel started the project in partnership with wildlife advocacy group The Raptor Resource Project in 1989 after a then-rare falcon was spotted by a worker at Allen S. King Plant. Since then, the plant has been home to many falcons.

Peregrine falcon populations were threatened during the mid-20th century as the use of chemicals like DDT increased. But, a nationwide program to protect the birds, paired with the banning of DDT, has helped falcon populations rebound in a big way.

As part of the advocacy effort, Xcel has set up falcon cams so members of the public can get a look at the new eyass. You can check that out here.