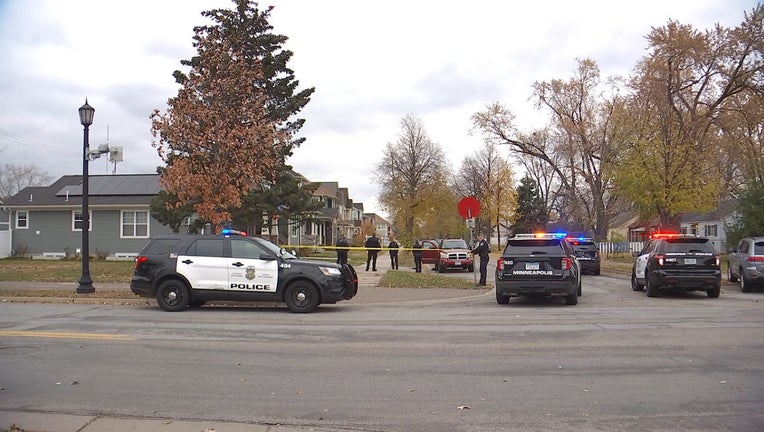 The focus of the investigation in Brooklyn Center seemed to be around a truck for a landscaping company. It's unclear how the truck was involved in the incident. (FOX 9)

BROOKLYN CENTER, Minn. (FOX 9) - A shooting Thursday afternoon left a woman with serious injuries and a man in custody in Brooklyn Center, Minnesota.

Police say they were called around 2:12 p.m. for the report of a shooting along the 5600 block of Girard Avenue North.

At the scene, officers learned the victim had been taken to the hospital by a private vehicle. Shortly after, Minneapolis police reported they had come across a woman who had been shot, which police determined was connected to the Brooklyn Center incident.

According to Brooklyn Center police, the victim suffered a life-threatening gunshot wound and as of Thursday night was being treated at a local hospital.

Police say they detained several individuals connected to the incident and have arrested a man pending charges. Officers say the shooting is not believed to be a random incident but it's unclear how the victim and suspect knew each other.