Woman says she was stopped by squirrel, who tugged on her leg and led her to help its injured baby

Police in Virginia had high praise for a local animal whisperer who said a squirrel led her down a trail, even going so far as to tug at her leg to help its injured baby.

PULASKI, Va. - Police in Virginia had high praise for a local animal whisperer who said a squirrel led her down a trail, even going so far as to tug at her leg to help its injured baby.

According to the Pulaski Police Department, Tia Powell told them she was walking on a trail when she was approached by a squirrel that appeared to be friendly.

Powell told police the squirrel stood in her way, and she noticed that it was actually trying to get her attention, which is when she said she was led down the trail to a baby squirrel with an injured leg. To make matters more complicated, Powell said a cat was lurking nearby ready to pounce on the helpless animals. 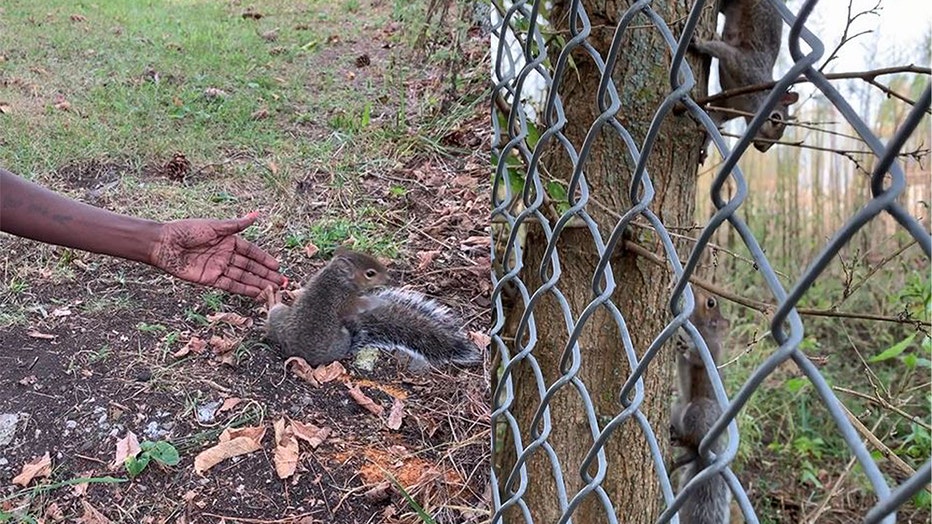 According to the police department’s Facebook post, Powell said she didn’t think there was anything she could do to help, but when she tried to leave, the mother squirrel followed her and allegedly tugged at her pants as the cat waited for the right moment to strike.

The Pulaski Police Department said they eventually received a call from Powell and sent officers to the scene where they launched a rescue mission to bring the two squirrels to safety.

Police said that when officers arrived, both squirrels were patiently sitting and waiting with Powell, adding that they were eventually able to help the animals return to the tree they call home.

“A huge shout out to Tia (aka: The Squirrel Whisperer) and Jasmine! Had Tia not been willing to trust her instincts that something was wrong, this might have had a very different ending!” said the Pulaski Police Department