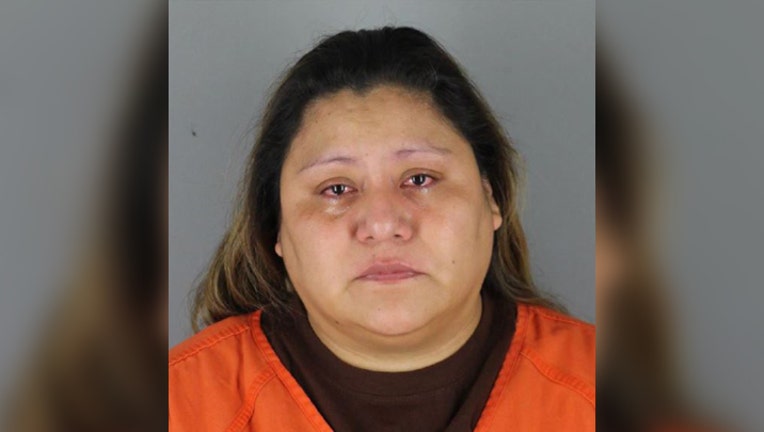 Yuridia Linares has been indicted with conspiracy to commit visa fraud for her role in a series of fake armed robbery reports in Eden Prairie made by undocumented immigrants seeking visas. (Hennepin County Jail / FOX 9)

MINNEAPOLIS (FOX 9) - A 36-year-old woman has been federally indicted with conspiracy to commit visa fraud after she allegedly told four undocumented people she could help them get visas if they reported fake robberies.

On Monday, Yuridia Hernandez Linares had her first appearance in U.S. District Court in Minneapolis. Last week, in Hennepin County District Court Linares was sentenced to three years of probation in connection to the scheme.

According to the indictment, Linares told four people she could help them U Nonimmigrant Visas or "U-Visas," which are given to victims of certain crimes. Those who get a U-Visa could then later apply to U.S. Citizenship and Immigration Services to adjust their status to become a lawful permanent resident.

Linares created a scheme for four people to report fake armed robberies in Eden Prairie between Aug. 20 and Sept. 30, according to the indictment. The alleged robbery victims later admitted to police they filed fake reports and Linares used a box cutter to cut them before they made the reports. Each person also paid Linares $2,000.