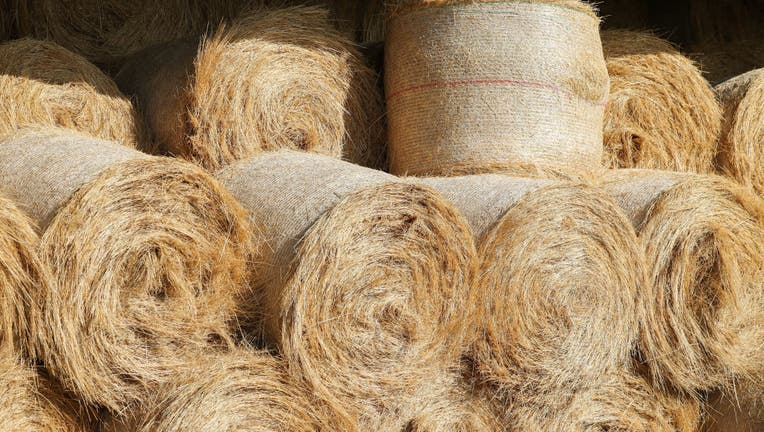 06 September 2019, Saxony, Grimma: Round straw bales lie under a roof on the premises of a farm. The straw is used in winter as an inlay for the stables and as supplementary feed. Photo: Jan Woitas/dpa-Zentralbild/ZB (Photo by Jan Woitas/picture alli

ROCK ELM, Wis. (FOX 9) - A man in western Wisconsin died after being hit by falling hay bales on Saturday morning.

The Pierce County Sheriff’s Office said the incident occurred around 8:30 a.m. while a semi-truck driver was making a delivery of hay bales to a farm.

During the delivery, some hay bales shifted on the flatbed trailer and fell off, hitting 60-year-old John Robey of Elmwood. He was transported to a hospital, where he was pronounced dead, according to the sheriff’s office. The semi-truck driver was not injured.

Law enforcement did not specify how many hay bales fell off the trailer.