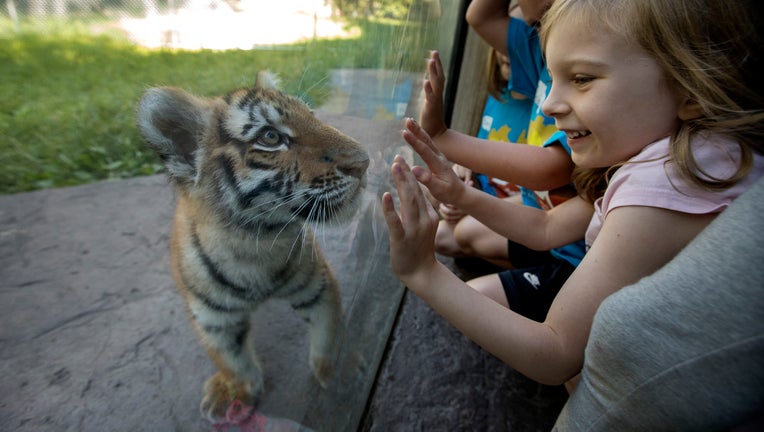 Mary Dettinger , 6 got a closer look at the Vera , the 4-month old female Amur tiger cub at the during her public debut at the Minnesota Zoo Wednesday August 23, 2017 in Apple Valley, MN. (Jerry Holt/Star Tribune via Getty Images / Getty Images)

ST. PAUL, Minn. (FOX 9) - A nearly $2 billion bonding bill on its way to Gov. Tim Walz’s desk will have a huge impact on major projects and small repairs across the state.

Here are some of the larger projects that will receive funding if the Governor signs the bill.

A nearly $2 billion bonding bill on its way to Gov. Tim Walz’s desk will have a huge impact on major projects and small repairs across the state.

Among the projects is $13 million for the Minnesota Zoo. Along with small repairs, the zoo has designs to turn the once iconic monorail into a platform-topped walking path.

$327 million will go toward a list of transportation projects across the state, including highways, road redesigns, airport improvements and rail crossing safety.

$55 million will help build bus rapid transit lanes between Minneapolis and St. Paul and between Brooklyn Center and Bloomington.

The Minnesota DNR will get more than $100 million for park improvements.

The city of Duluth will receive $13 million to renovate the Lake Superior seawall, including a full lakefront redesign.

The University of Minnesota will get $75 million, including renovations to its child development building and its chemistry building, both of which the university says is outdated.