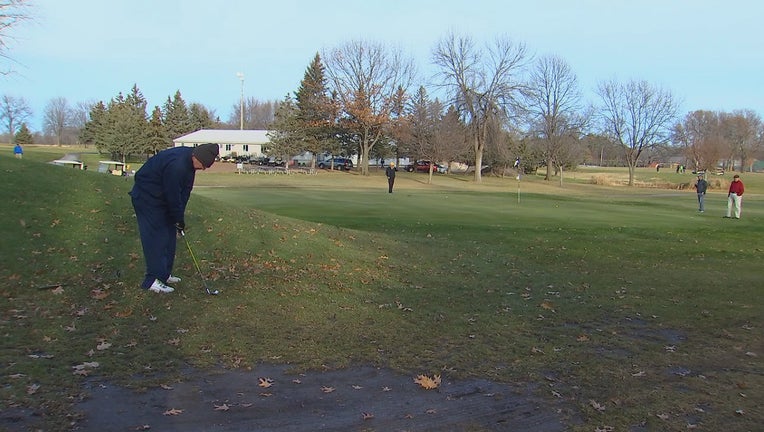 An unusual occurrence in Minnesota: golfers hit the golf course on the first day of December.

CHANHASSEN, Minn. (FOX 9) - The calendar may say late fall, but it feels much more like spring.

With temperatures in the 50s, Bluff Creek Golf Course in Chanhassen reopened so golfers could get in a few rounds before the snow flies.

"I think this is close to the latest I've ever played or stuff has been open," said golfer Bruce Palma. "Last of the season, I'm a golfer and it's like how can you not play golf on December first when it's 50 degrees out."

Employees say while it's not unheard of for players to be able to hit the links in December, it is unusual.

"We've actually opened in January some years before. I think it was four or five years ago, we opened in January. It's all weather. Things we can't control," said Bluff Creek golf pro Barrett Boe.

It's uncommon, but during this year's first day of December, you could go golfing and skiing in the same day. It's only a matter of time before mother nature covers the state in snow. For now, Minnesotans are soaking in the warm days.

Across town in Burnsville, the warm weather didn't stop Buck Hill from looking like a winter wonderland.

Colder temperatures last week allowed the resort to make enough snow to open the day after Thanksgiving, but only about half of the hill's 16 runs are operational.

"The warmer weather is nice. They'll shed some layers. Maybe come out in a t-shirt. You'll see all sorts of different attires when it gets warm out," said Buck Hill Chief Financial Officer Nate Birr.

It's only a matter of time before Mother Nature blankets the hill in a fresh coat of snow, but employees hope she gives them the cold shoulder sooner rather than later so they can make more of their own.

"I hope it gets below freezing as soon as possible. Nothing against golfing or anything like that but it is the end of fall and winter season is upon us so I'm ready for some winter temperatures," said St Paul Academy Alpine Team coach Rob Thomas.