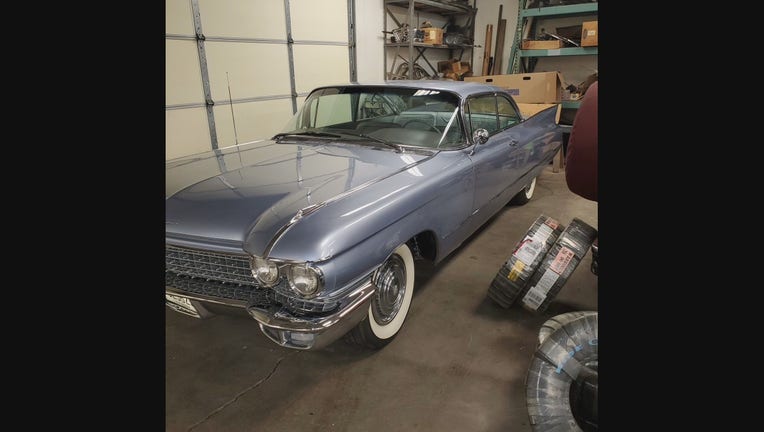 A man's collection of classic cars was stolen from a St. Paul auto body shop over the weekend and he is still looking for answers.

ST. PAUL, Minn. (FOX 9) - Update: Police reported Wednesday that an investigator has recovered three of the six cars. Thanks to community tips, the LeMans, Firehawk and Coup deVille are on their way back to him. Police are still looking for the '67 Chevy Impala, '65 GTO convertable and the '00 GMC pick-up truck.

John Ritter has been collecting the classic cars for 55 years. He says someone kicked in the door to the body shop where he stores part of his 15-car collection, behind Highland Collision Center on West Seventh Street early Sunday morning.

“It’s a bad deal,” said Ritter. “It’s a lot of work and a lot of years to get a collection this big and this nice. Top quality cars. To have them all leave in such a short period of time is very sad.”

The car thief or thieves made off with the $300,000 worth of automobiles, but Ritter says that number doesn’t take into account the hours and hours he put into the cars over the years.

The suspect or suspects also ransacked the place and took tools, a vacuum cleaner, tires and Ritter’s checkbook.

“You couldn’t sell them,” he said. “Don’t have titles for them. They are very unique. They are all very expensive.”

Ritter said he spent countless hours restoring them to their former glory and he hopes someone can help return them to their home.

“I just hope they bring them back home,” he said. “This is where they belong.”