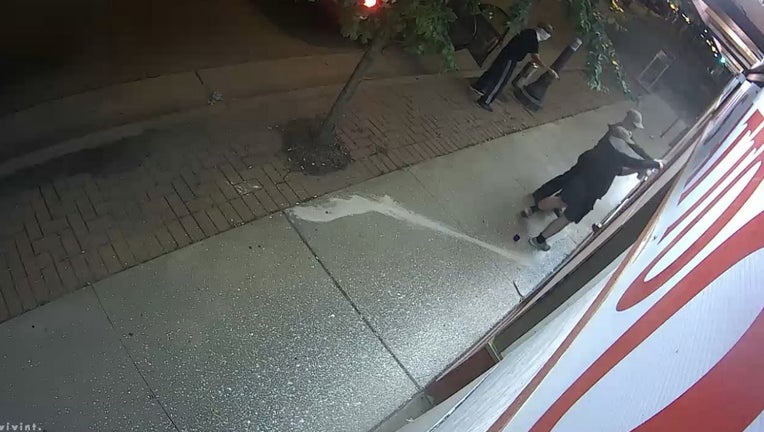 According to the Hmong Cultural Center of Minnesota, the museum on University Avenue was targeted early Wednesday morning by vandals who appear to have struck around 3:45 a.m., surveillance video shows.

According to officials, the entire building was spraypainted including the neighboring grocery store. The vandals covered up artwork and messages the museum had painted on boarded-up windows on the front.

Police are searching for the vandals who covered the front of the Hmong Cultural Center Museum in St. Paul with white paint and a white supremacist slogan overnight.

The cultural center estimates damages for the new sign that had just gone up on the building will total $1,000 by itself and they expect cleanup and repairs to take some time.

Photos sent from the museum also show a message that appears to have been stenciled in spray paint -- "Life Liberty Victory" -- an apparent slogan for a white supremacist group. In surveillance photos, three men can be seen standing in front of the museum wearing masks while a car appears to idle nearby.

In a statement, St. Paul police confirmed they are investigating the vandalism and took police reports Wednesday morning.

No arrests have been made yet and the investigation is ongoing.