A petroleum leak prompted the University of Minnesota to evacuate several buildings Tuesday, blocking several streets and spurring an investigation into what caused it in the process.

MINNEAPOLIS (FOX 9) - A petroleum leak prompted the University of Minnesota to evacuate several buildings Tuesday, blocking several streets and spurring an investigation into what caused it in the process.

Authorities lifted the evacuation order for areas near the campus around 4:30 p.m. after the area was locked down since the late morning hours.

According to the Minneapolis Fire Department, at around 11:30 a.m. fire crews responded to a report of a hazardous material incident from Met Council contractors that were working in the Met Council Sewer System located at 5th Street and Oak Street. Contractors reported gas readings on their monitors and a strong petroleum gas smell in the sewer system. Upon arrival crews monitored the surrounding area sewer drains, found high petroleum readings on monitors therefore began evacuated business and arenas in the area.

A petroleum leak has prompted the University of Minnesota to evacuate several buildings on Tuesday.

"We do not currently have a source or area where the petroleum is coming from," said Minneapolis Fire Department assistant fire chief Melanie Rucker.

Sewer systems are also currently being flushed, according to Rucker, which minimizes the threat to public. Samples have been taken, but no specific product has been identified yet.

The U of M issued a Safe-U Emergency alert at 11:51 a.m., stating people are advised to stay clear of the area. Williams Arena, Huntington Bank Stadium, McNamara, Aquatics Center, Recreation Center, Mariucci and Maturi Sports Pavilion are being evacuated for gas odor "based on Minneapolis Fire Department Assessment," a Safe-U Emergency said. 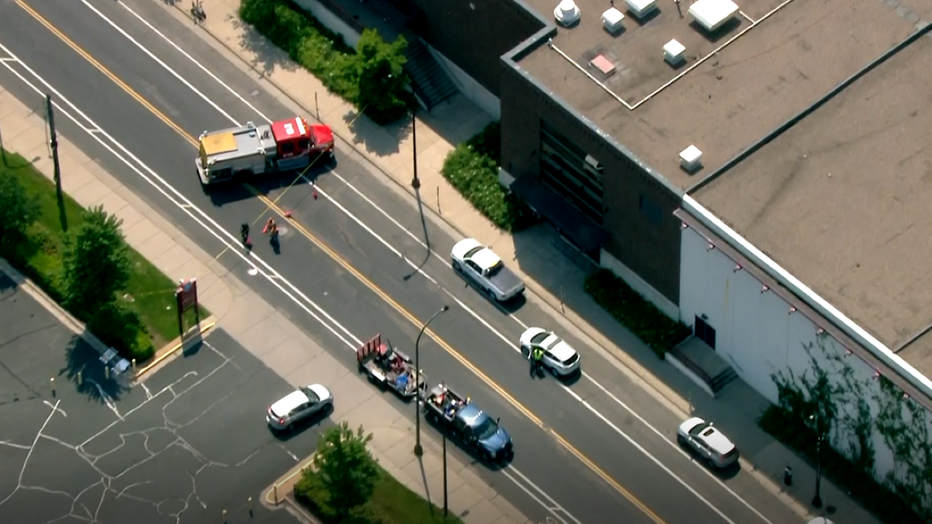 A gas leak was reported at the University of Minnesota on Aug. 2, prompting evacuations.  (FOX 9)

The Department of Public Safety is asking residents to report any gas smells when they return home by calling 911.

Tuesday's evacuation comes about a month after a gasoline spill, fire and explosion forced evacuations at the University of Minnesota, along University Avenue, on June 30.