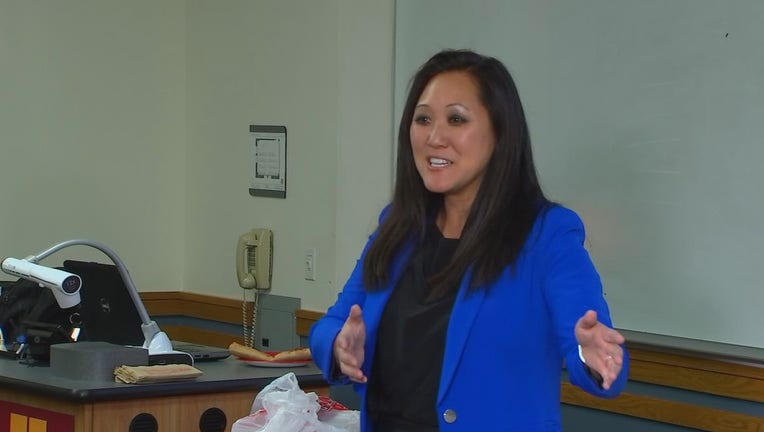 It comes at a time when the party is dealing with fractures both current and past.

Following the resignation of Minnesota Republican Party Chair Jennifer Carnahan, the party is now working out how to move forward.

"The party that I was involved with is different than the party that’s there today," said Michael Brodkorb, a former deputy chair of the Minnesota GOP.

It’s been a decade since Brodkorb held the seat. He also exited amidst scandal, but once he emerged, the party had changed.

"I came into party when there were different types of candidates and we supported different kinds of issues than are at the forefront right now and so the party has a tremendous opportunity here to clean house and to shift away from the drama of the last seven days," he said.

Thursday night’s resignation of Chair Carnahan came after former employees alleged a toxic workplace, which came to light after the arrest of donor and party activist Anton Lazzaro on allegations of sex trafficking.

Several party committee members now say they too will resign or are thinking about it as the party faces a financial audit and investigation and a lot of questions.

"Is it possible that more people inside the party were connected or were aware of what Anton Lazzaro was doing? That’s the big concern right now," said Brodkorb.

While Brodkorb sees a long road to regain trust of donors – a threat to next year’s midterms – former U.S. Senator Norm Coleman is far more optimistic.

"I think the party can now move forward with a clean slate, not look back, look forward," said Coleman. "2022 is going to be a very strong year for Republicans."

He believes the party can quickly capitalize on a change of leadership.

"I think people are going to be hungry for the kind of leadership the party can offer, they just need to make sure their act is together so they can take advantage of the opportunity that’s in front of them," said Coleman.

"I don’t know where it goes, but right now what the party needs is transparency and they need the sunlight to help disinfect this problem," he said.