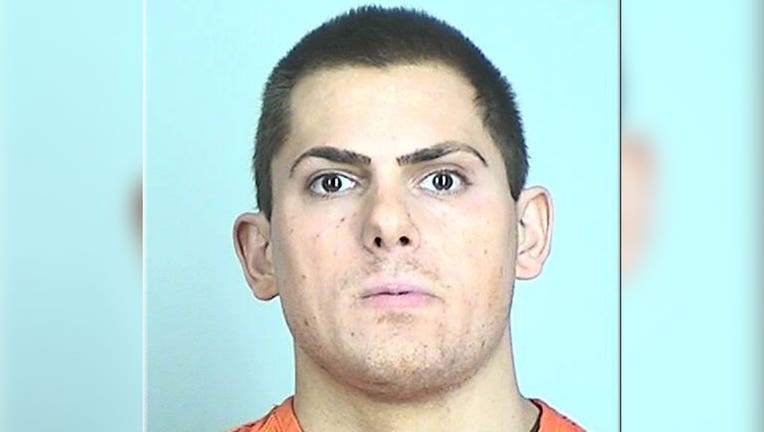 Anton Lazzaro is facing charges for sex trafficking of minors, according to an unsealed indictment.

MINNEAPOLIS (FOX 9) - A grand jury has handed up a federal indictment against a Minneapolis-based Republican strategist on charges of sex trafficking minors.

According to the indictment, the accusations cover the time between May 2020 and December 2020 involving six unnamed victims under the age of 18. Prosecutors say there could be additional victims and ask anyone with information on the case to contact the FBI at 763-569-8000.

The U.S. Attorney says Lazzaro was taken into custody by the FBI on Thursday.

As a strategist, Lazzaro headed up the political action committee Big Tent Republicans, which sought to target a diverse voting base for the party, including people of color, LGBT voters, and women. According to his website, Lazzaro also ran a marketing firm called Gold River Group.

A photo posted to the Facebook page of Rep. Jim Hagedorn, Carnahan's husband, shows Lazzaro with the couple at a Vikings game in November 2017.

Lazzaro appeared in court Thursday afternoon for a detention hearing, which was continued until August 16.

U.S. Rep. Tom Emmer and state Sen. Karin Housley both said Thursday night that they would donate contributions that Lazzaro has made to their campaigns.

In a statement, Emmer called news of Lazzaro's indictment "deeply disturbing." Housley said she hadn't seen Lazzaro in "many years."

Lazzaro has given Hagedorn $31,000, the largest amount he's donated to any Minnesota politician. Hagedorn's spokesman did not return a request for comment Thursday night.

Lazzaro has contributed $42,000 in recent years to the Republican Party of Minnesota. In a statement issued Friday morning, Carnahan, the party's chairwoman, called the allegations against Lazzaro "abhorrent" if true, and said the Minnesota GOP is donating the contributions he had given the party to charity.

Carnahan’s statement does not address her own ties to Lazzaro, including their podcast appearances and photos taken together. Carnahan also did not say whether the state party would also redirect money Lazzaro gave to local GOP units.