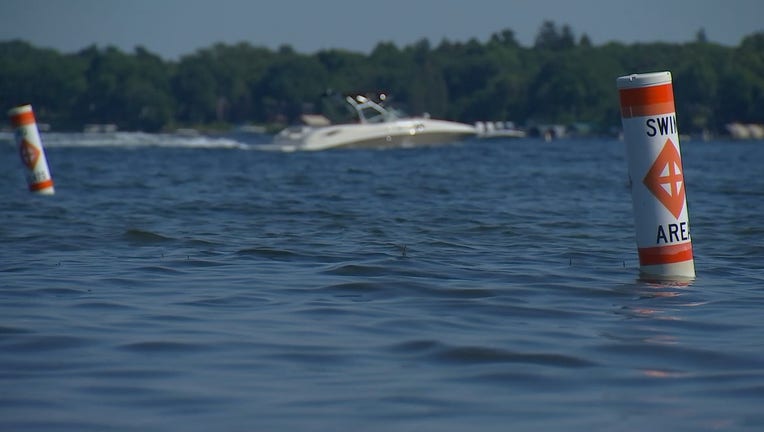 Officials are urging boating and swimming safety amid the Fourth of July holiday weekend. (FOX 9)

LAKE MINNETONKA, Minn. (FOX 9) - For many Minnesotans, the Fourth of July means fun in the sun and on the water, but our 10,000 lakes can be dangerous if you’re not careful.

The holiday weekend is already off to a tragic start with two deaths on Lake Minnetonka in the span of just two days.

The holiday weekend is already off to a tragic start with two deaths on Lake Minnetonka in the span of just two days.

On Wednesday, a juvenile died in a jet ski crash on East Upper Lake.

Sarah Petri with Abbey’s Hope says conditions on lakes can be especially tricky because of variables like wind and wakes.

"Often, people who drown in the lakes and rivers consider themselves to be good swimmers before they go out to the water. No one is drown-proof," said Petri.

She advises wearing a life jacket at all times, no matter what.

"As opposed to a pool, where you know what it’s going to be like day-to-day, once you get the lake…even the best swimmers can end up in trouble very quickly," said Petri.

Lake Minnetonka Conservation District Executive Director Vickie Schleuning says they’ve seen an increase in the amount of motorized and non-motorized traffic on the water, making it even more important to be aware of your surroundings.

The Minnesota DNR reminds boaters to stay sober while out on the water on the Fourth of July weekend.

"You get some wakes and it’s hard to see a kayak. That’s why we talk about having a spotter, someone who’s paying attention about what’s going on around you," said Schleuning.

LMCD has made safety one of their missions, and will be putting out packets with helpful information at beaches and marinas along the lake. Law enforcement officials also want to stress the importance of being sober while you’re out on the water, either swimming or boating.

There will be increased patrols on Lake Minnetonka throughout the holiday weekend.