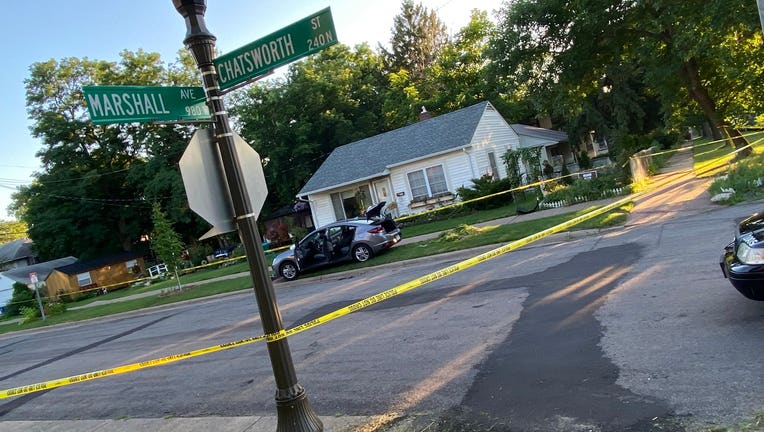 ST. PAUL, Minn. (FOX 9) - Two men are in custody after a deadly shooting Wednesday evening in St. Paul that left one man dead.

According to a police department spokesperson, officers responded to Concordia Avenue, just west of Western Avenue North, for a report of a victim lying in the street after being shot. Despite efforts from a Good Samaritan and first responders, the victim, identified Thursday as 25-year-old Bajuan Davon Adams of St. Paul, was pronounced dead at the scene.

One man died and another was injured in a shooting Wednesday night in St. Paul.

While paramedics worked on the victim, other officers spotted a grey, 4-door sedan leaving the area at a high rate of speed. They located it crashed at Marshall Avenue and Chadwick Street North.

A person involved in that incident was detained and interviewed. It is not known what role that vehicle or its occupants played in the shooting. However, Thursday morning, officers announced two men, ages 21 and 26, have been arrested on charges related to the shooting.

Later Wednesday night, an adult male showed up at Regions Hospital with a non-life threatening gunshot wound. Police believe it was from the same scene.