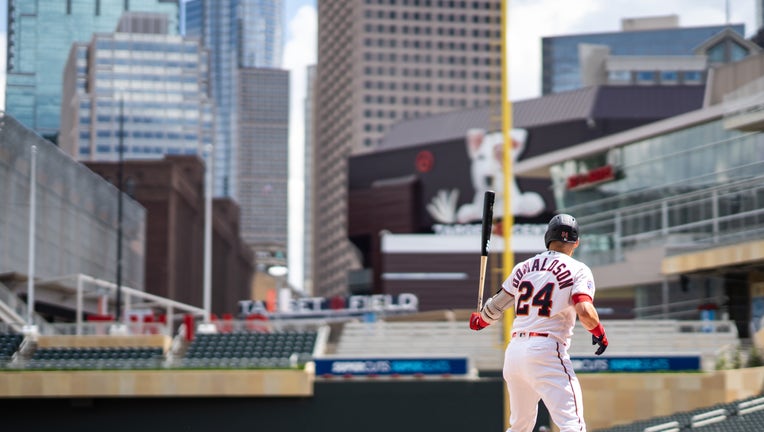 MINNEAPOLIS (FOX 9) - The Minnesota Twins unveiled plans for their fan-less home opener which will include a ceremonial first pitch from frontline health care workers and a tribute to Black Lives Matter and George Floyd with a moment of silence at 8:46 p.m.

Before the Twins begin their 2020 campaign, the team wants to spotlight some COVID-19 frontline health care workers in a video tribute. The video will feature doctors, nurses, hospitalists, lab technicians and staffers at area hospitals. The guest stars will throw out the first pitch in the video.

The “Star-Spangled Banner” and the Black national anthem “Lift Every Voice and Sing” will both be performed by Minneapolis native Jovonta Patton before the game as well.

To honor the death of George Floyd, the game will be paused at 8:46 p.m. for a moment of silence. Target Field will also unveil a memorial graphic on the outfield wall that will remain there for the 2020 season.

Here are other plans for Tuesday’s home opener: